RJD leader’s advocate Chittaranjan Sinha says the court is likely to hear his petitions on January 19. 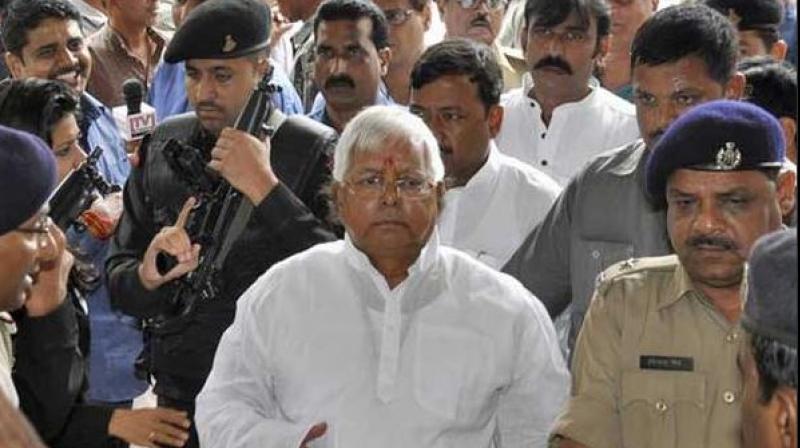 On Sept 30, 2013, Lalu Yadav was held guilty in another case of illegal withdrawal of Rs 37.70 crore from the Chaibasa treasury and sentenced to jail for five years. (Photo: ANI Twitter/File)

The special CBI court of Shiv Pal Singh had on January 6 handed down three-and-a-half-year prison sentence to Yadav in the case pertaining to illegal withdrawal of Rs 89.27 lakh from Deoghar treasury between 1991 and 1994. This was the second of the five fodder scam cases against him.

On September 30, 2013, Yadav was held guilty in another case of illegal withdrawal of Rs 37.70 crore from the Chaibasa treasury and sentenced to jail for five years. The RJD boss was on bail in this case when he was convicted and sentenced in the Deoghar case.

Apart from these two cases, he in an accused in three other cases of fodder scam estimated to have caused a loss of Rs 900 crore to the exchequer when he was the chief minister of undivided Bihar.