The deal, the first fighter plane contract in 20 years, comes with a 50 per cent offset clause after several rounds of negotiations. 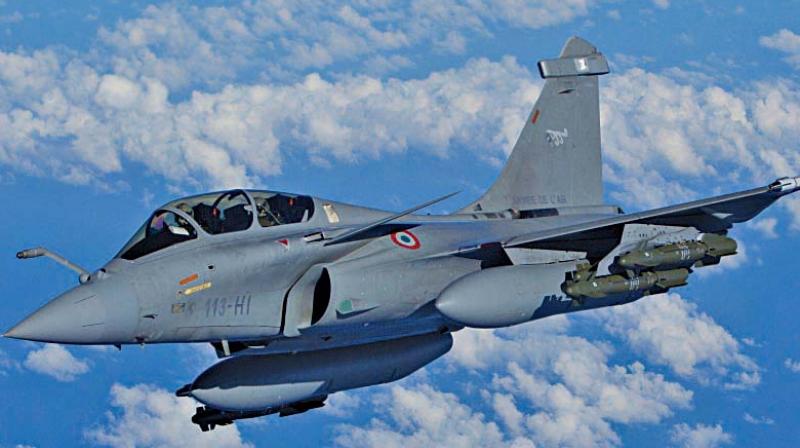 India and France had signed a nearly Rs 59,000-crore deal for the Rafale jets.

New Delhi: A high-level Indian defence team will visit France next week to review the ongoing production of 36 Rafale fighter aircraft and to formalise the modalities for the payment of the second tranche due in 2017 in the 7.878 billion euro deal. Defence sources told news agencies that the first Rafale fighter jet is expected to come to India a few months earlier than the scheduled date in 2019.

A team comprising senior IAF and defence ministry officials will travel to France next week, and will also visit the jet’s production line in the city of Bordeaux.

The Rafale fighters planes, aimed at being a strategic asset against China, will be based in Sarsawa, Uttar Pradesh, and Hasimara, West Bengal. India and France had signed the nearly Rs 59,000-crore deal for the Rafale jets — equipped with the latest missiles and weapon system besides multiple India-specific modifications — on September 23, 2016.

The “vanila price” (the price for the aircraft alone) will be about 91 million euros each for a single seater and about 94 million euros for a two-seater trainer aircraft.

The delivery of these combat aircraft will start in 36 months and will be completed in 67 months from the date the contract was inked.