She also said that a few members of Shiromani Akali Dal (SAD) are also expected to leave the party and join the Congress party. 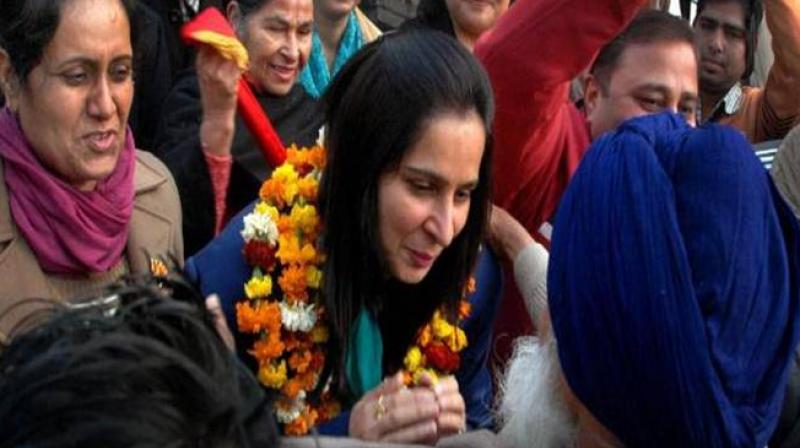 Amritsar: Congress leader Navjot Kaur on Friday said her husband Navjot Singh Sidhu will join the party in a "day or two" and has been assured of "significant" role in Punjab if it formed government in the state.

She also said that either she or Sidhu will contest from Amritsar East Assembly constituency and if her husband fought elections, she would campaign for him.

"Sidhu will join Congress in a day or two. He has a big responsibility as he will canvass for the party across the state as a star campaigner," she said.

Kaur said Rahul Gandhi at meeting in New Delhi on Thursday assured the cricketer-turned-politician of a "significant role in Punjab" if Congress formed government in the state.

She exuded confidence that Congress would sweep Punjab Assembly polls as people were fed up of the SAD-BJP rule and AAP had no roots in the state.

"We don't have anything in mind. We only want to work for the welfare of Punjab. One out of us (Navjot Kaur and Navjot Sidhu) is going to contest the upcoming election, for sure," Navjot Kaur told ANI.

She also said that a few members of Shiromani Akali Dal (SAD) are also expected to leave the party and join the Congress party.

Navjot Kaur left the Bharatiya Janata Party (BJP) to join the Congress in November last year, while Navjot Sidhu who's also a former BJP member would be joining the grand old party in the next few days.

Assembly elections in the state will be held on February 4, where the people of Punjab will contest the election for 117 legislative seats.