No Rohingya infiltration found at Indo-Bangla border this year: BSF

Mr. Singh said that the BSF and BGB have jointly decided to check the incidents of firing between themselves across the border 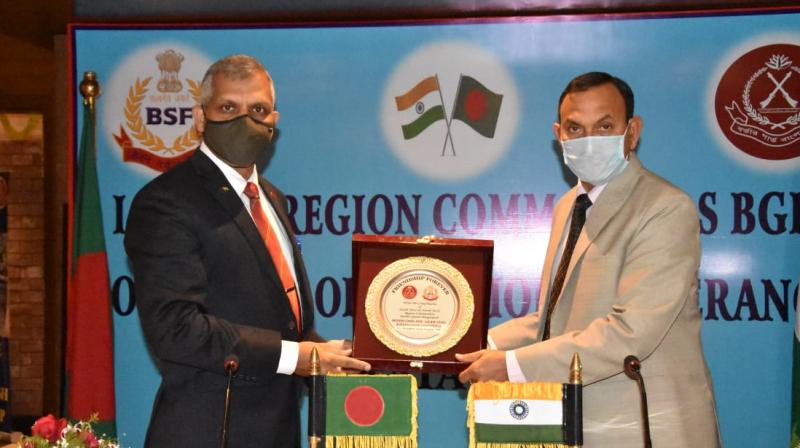 Kolkata: The Border Security Force (BSF) on Friday informed that no instance of Rohingyas' infiltration has been found at the India-Bangladesh border under its South Bengal Frontier in West Bengal this year so far.

On the Rohingyas' infiltration, BSF Inspector General (South Bengal Frontier) Ashwini Kumar Singh said, "Our mandate is to maintain the sanctity of the international border. We are against any sort of border violation. No such incident about the Rohingyas has been noticed not only in the recent past but also in this whole year in this area."

Mr Singh, when asked of any recent trend among the Bangladeshis, living in India without valid proof, to return to their motherland on the first anniversary of the Citizenship Amendment Act,  added, "We have not experienced any such thing also. Everything, as far as border is concerned,  is normal."

He however added that the BSF and BGB have jointly decided to check the incidents of firing between themselves across the border. "The issue has been discussed in detail. We have formulated many steps to reduce firing between two sides and lower the loss of both the countries."

Besides anti-smuggling operations, simultaneous coordinated patrolling-joint patrolling, breach of border fence, measures to check violation of sanctity of international border and illegal cross border movement were also discussed by the BSF and BGB at the conference.