The third phase of polling will decide the fate of legislators in 17 seats out of the total 81 Assembly constituencies. 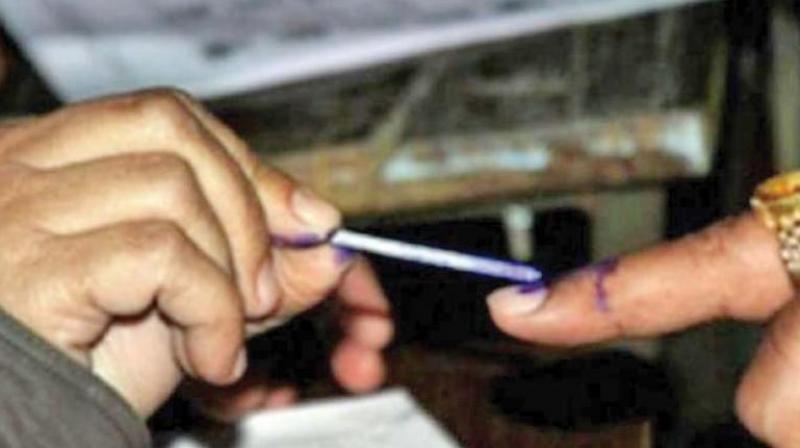 Ranchi: As voting ends for the third of the five-phased Assembly elections in Jharkhand, an estimated voter turnout of 62.03 per cent was recorded till 5 pm on Thursday, according to the Election Commission of India (ECI).

The voting for 12 of 17 Assembly seats concluded at 3 pm while polling for the remaining constituencies, including Ranchi, Kanke, and Hatia, continued till 5 pm.

The third phase of polling will decide the fate of legislators in 17 seats out of the total 81 Assembly constituencies.

A total of 309 candidates, including 32 women, are contesting from 17 Assembly seats.

The constituencies, including two reserved for SC candidates and one ST candidate, in which voting is being held, are spread over eight districts in the state.

The Assembly elections in Jharkhand became a multi-cornered fight with the All Jharkhand Students Union (AJSU) breaking off from BJP to fight the elections on its own and other regional parties such as JVM among others already in the competition.

Congress, Rashtriya Janata Dal (RJD) and Jharkhand Mukti Morcha (JMM) have entered into a coalition to defeat BJP, which is seeking to return to power under the incumbent Chief Minister Raghubar Das.

The first phase of the election in the state took place on November 30 while the second round was held on December 7.

The fourth phase will be conducted on December 16, and the fifth and last phase on December 20.

The counting of votes will take place on December 23.