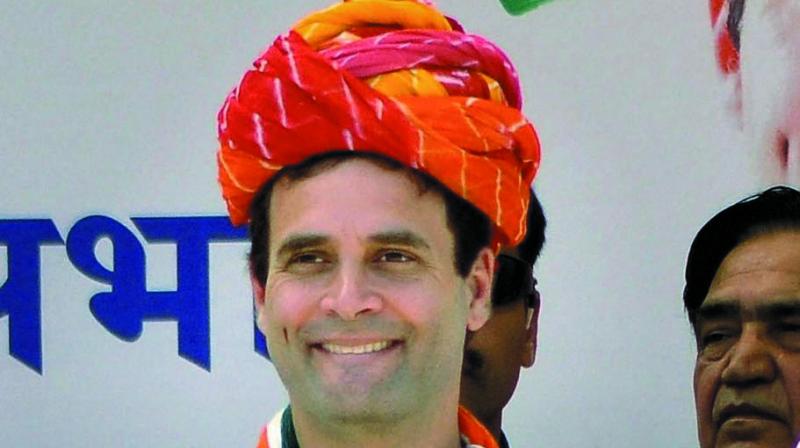 Senior Congress leader M Veerappa Moily praised Rahul Gandhi for the manner in which he was working with 'this kind of hardship, perseverance and patience' and said it has really paid dividends in the elections to the assemblies. (Photo: File)

Hyderabad: Congress President Rahul Gandhi has passed all "leadership tests", and would emerge as the Prime Minister after the next Lok Sabha elections, senior party leader M Veerappa Moily claimed on Wednesday.

A resurgent Congress on Tuesday made significant gains in the Assembly elections, dealing a body blow to the BJP in Chhattisgarh and Rajasthan and emerged as the single largest party in Madhya Pradesh.

BSP chief Mayawati on Wednesday said her party will extend support to the Congress to form the government in Madhya Pradesh and keep the BJP out of power.

She also said that if the need arises, the BSP will also support the Congress in Rajasthan to form the next government.

"People have tolerated too long the misgovernance and the misrule of (Prime Minister) Narendra Modi and his NDA government. And this (results of elections to state assemblies) is an indication that they are totally unhappy with him," former Union minister M Veerappa Moily told PTI.

"And the manner in which they (BJP) have carried on certain personal propaganda against Soniaji and Rahulji... people are not tolerating. This is the success not only of the Congress party but also of the (party) leadership," he said.

The elections to state assemblies, the results of which were declared on Tuesday, were a big test of leadership of Rahul Gandhi, the former Karnataka Chief Minister said. "...that means to say May 2019 onwards Rahul Gandhi will emerge as the leader of the country and also as Prime Minister."

He praised Rahul Gandhi for the manner in which he was working with "this kind of hardship, perseverance and patience" and said it has really paid dividends in the elections to the assemblies.

"He (Rahul Gandhi) has passed all the tests which were posed to him to become a leader," Moily claimed.

"People definitely see that he is a much better leader than (Prime Minister) Narendra Modi".

Rahul Gandhi, he said, has also been successful in mobilising all the forces against PM Modi.

"This (poll to the assemblies) is quite a manifestation of the combination of all the opposition parties against Narendra Modi and NDA," Moily said.