India   All India  12 Dec 2016  Vardah may not weaken during landfall; TN, AP brace for impact
India, All India

Vardah may not weaken during landfall; TN, AP brace for impact

The armed forces have been kept on standby; people in low-lying areas have been asked to move to safer zones. 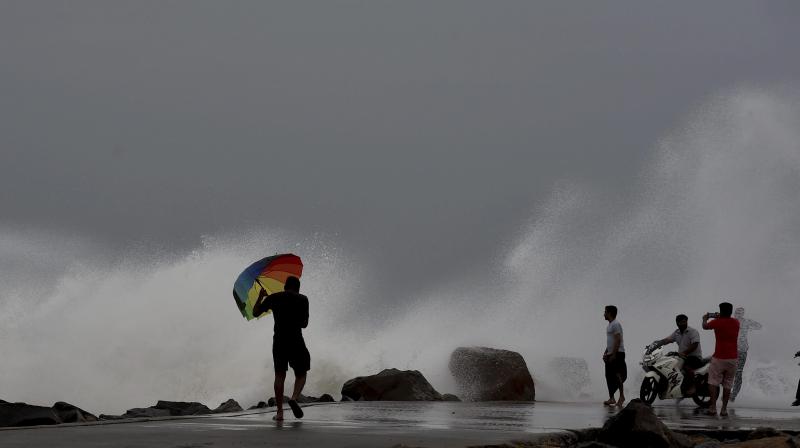 New Delhi/Chennai: Cyclonic storm Vardah, which was earlier expected to weaken considerably, may not see its intensity going down when it makes landfall near Chennai today.

The earlier forecast made by the IMD was that it would weaken into a cyclonic storm, thereby reducing its intensity considerably.

At 9:30 AM, the cyclone was lay centered around 105 kms east-northeast of Chennai. By the time it makes a landfall, its wind speed is expected to be 100-110 kmph with winds gusting up to 120 kmph.

One of the major reasons for destruction in any cyclone is the wind velocity, apart from heavy to heavy rains and flooding.

Tidal wave of about one metre height above the astronomical tide is very likely to inundate the low lying areas of Chennai, Thiruvallur and Kanchipuram districts of Tamil Nadu and Nellore districts of Andhra Pradesh during the time of landfall.

The armed forces have been asked to be on standby with the Army, navy and air force prepared to be deployed anytime as and when required.

People in low-lying areas have been asked to move to safer zones even as various arms of the government were prepared to meet any eventuality.

A high alert has already been sounded Andhra Pradesh and Tamil Nadu and teams of NDRF are gearing up as cyclone Vardah is expected to hit southern coast.

The alert has been sounded in Andhra Pradesh and Tamil Nadu along the coast of Bay of Bengal, official sources said.