Ravish Kumar in his latest blog has said that people should make all efforts to find out who the group of hackers are. 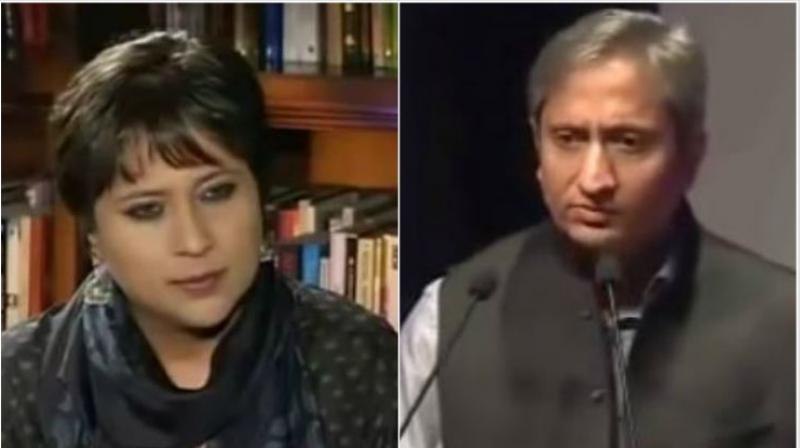 New Delhi: After hacking twitter accounts of Rahul Gandhi, the Congress and Vijay Mallya, the group that identifies itself as “Legion” added two new victims to its list on Saturday after it hacked accounts of NDTV journalists Barkha Dutt and Ravish Kumar.

The group used Ravish Kumar’s twitter handle and tweeted a series of tweets claiming that they do not just hack accounts but also look into data and make it available to the public.

“We use Twitter as a means to reach the public. We don’t just hack Twitter accounts, go through the data and find out,” the group posted a tweet signing “Legion”.

The group went onto claim that they would hack Lalit Modi, former chairman and commissioner of the Indian Premier League (IPL).

“Coming up next - @LalitKModiLeaks. Stay tuned,” the tweet read.

The group came under fire as many people had accused it of hacking into the twitter accounts of various journalists, politicians and businessman on the behest of the Central government. However, the group went onto refute the charges in a tweet which read, “ We do not work for @BJP4India or @PMOIndia -signed Legion.”

Reacting strongly against the hacking, Ravish Kumar in his latest blog has said that people should make all efforts to find out who the group of hackers are. “Whoever is trying to scare journalists are actually trying to scare the public,” he said in his blog.

He further said that his name must be creating such fear in the minds of these people that they resort to such abusive language on his twitter handle.

“You can imagine the fear of my words among these group that even though I have stopped tweeting for last one year, trolls still come to abuse me on my timeline,” he said.