CBI investigators are probing the alleged role of the Congress leader on the basis of the Italian court’s order. 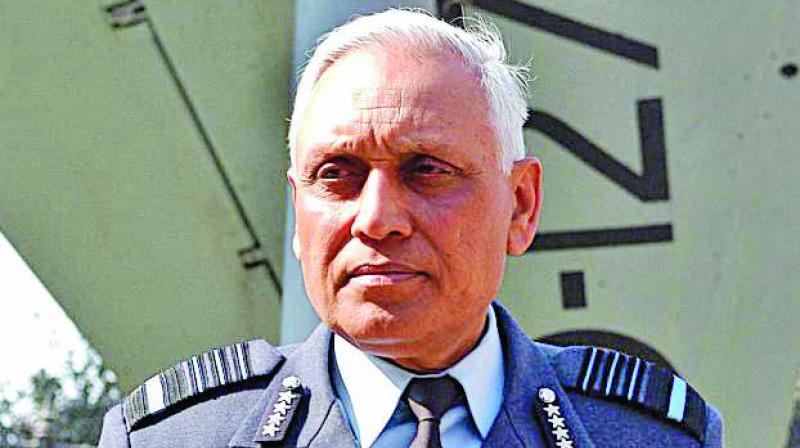 Sources said the role of the senior Congress leader is being probed on the basis of the ruling given by the Milan court of appeals — equivalent to an Indian high court — on April 8.

“The Italian court had ruled that the Rs 3,565-crore AgustaWestland contract involved payoffs to Indian officials. The annexures and submissions attached to the judgment also point at close to Euro 30 million worth of commission being budgeted for distribution among decision-makers in India. These included politicians, bureaucrats and Air Force officials, among others. In its order, the Italian court said payments in cash as well as through wire transfers were made to the Tyagi family — to three of the former IAF chief’s cousins — and a part of them were destined for the officer himself,” sources said.

CBI investigators are probing the alleged role of the Congress leader on the basis of the Italian court’s order. The 226-page court ruling mentioned names of several Congress leaders, primarily in communication between the middlemen.

The judgment also mentioned statements given by the middleman Guido Haschke, documents recovered from his suitcase, and his conversations with his business partner Carlo Gerosa and the London-based alleged middleman Christian Michel, among other witnesses.

Mr Tyagi and two others who were arrested on Friday in the VVIP chopper scam, have been remanded in CBI custody for four days.

In court on Saturday, Mr Tyagi, who headed the Air Force between 2005 and 2007, said that changing the specifications of the helicopters was not his decision alone. Mr Tyagi’s lawyer said that in 2003 the Prime Minister’s Office asked the Air Chief to get involved in the procurement. The CBI may seek clarification from the then Prime Minister, Dr. Manmohan Singh, and few other senior bureaucrats posted with the PMO at that point of time.

During a 2005 meeting, the changes in requirements were suggested, he said. The CBI had earlier recorded the statements of three former Governors — M.K. Narayanan of West Bengal, B.V. Wanchoo of Goa and E.S.L. Narasimhan of Andhra Pradesh — in connection with the case. Mr Narayanan, who was the National Security Advisor, and Mr Wanchoo, who was head of the elite Special Protection Group, had also participated in the 2005 meeting that allowed key changes in the tender specifications of the VVIP helicopter contract.

Mr Narasimhan, who was the head of the Intelligence Bureau in 2005, had also attended the same meeting. During questioning Mr Narayanan had explained to the CBI officials the rationale behind the decision to reduce the service ceiling from 6,000 metres to 4,500 metres and cited the fact that his predecessor in the previous National Democratic Alliance government had decided to lower the ceiling in December 2003.

The CBI is set to confront Mr Tyagi with statements made by Mr Haschke to the foreign authorities. The CBI has also prepared a questionnaire for Mr Tyagi to try and get details of the sources of funding for his alleged foreign visits, which included Florence, Venice and Milan in Italy.

“CBI sleuths will ask Tyagi pointed questions pertaining to the alleged source of funding behind his post-retirement trip to Italy among other questions,” sources said. It is also being probed who accompanied him on these trips and who funded for the hospitality.

On March 13, 2013, the CBI had booked former IAF Chief S.P. Tyagi and 12 others under charges of bribery, cheating and corruption in the VVIP chopper deal. The former Air Chief, his cousins — Sanjeev alias Julie, Rajeev alias Docsa and Sandeep — European middlemen Gerosa, Michel and Haschke were among the people named in the FIR as accused. Six companies — Italy-based Finmeccanica, AgustaWestland, Mohali-based IDS Infotech, Chandigarh-based Aeromatrix, IDS Tunisia and IDS Mauritius — were also named by the CBI in its FIR.