The programme, which kicked off in November 2020, has so far provided Dreambuilder certification to 80 women entrepreneurs 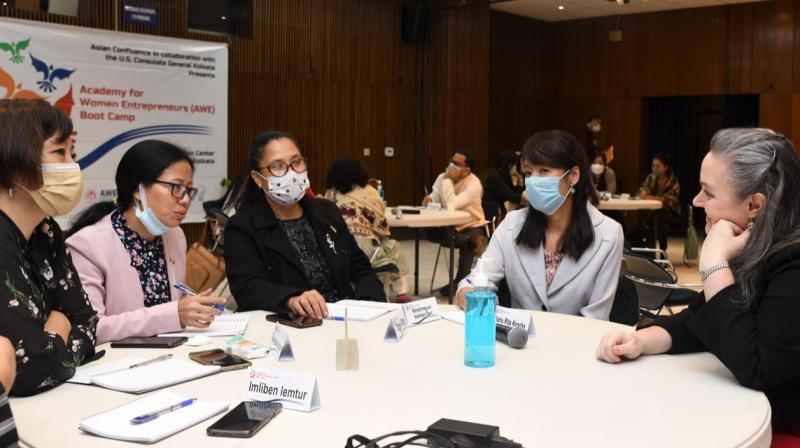 Kolkata: A two-day boot camp for the empowerment of 25 selected women entrepreneurs from North Eastern states in India has got underway at the American Center in the city from Friday. The programme is part of Global Entrepreneurship Week (GEW), U.S. Consulate Kolkata in partnership with Shillong-based non-profit Asian Confluence,

Addressing the participants, US Consul General in Kolkata Melinda Pavek said, “The United States believes strongly in women’s empowerment through entrepreneurship, and stands firmly for women’s equality, and inclusion in all public endeavors. These are challenging times indeed, but an opportunity for us to show the strength and depth of our bilateral relationship. I am proud of the way we at Consulate Kolkata have continued to adapt our programs to support entrepreneurs in our region. Keeping in mind that women in particular face increased challenges during these times, we have stepped up our efforts to support and mentor women entrepreneurs.”

The Academy for Women Entrepreneurs (AWE) program, funded by the U.S. Department of State’s Bureau of Education and Cultural Affairs (ECA), is implementing AWE in over 50 countries globally and has engaged with more than 5,000 women entrepreneurs despite pandemic challenges.

The U.S Consulate General Kolkata-led AWE programme marks the first AWE in India, which has supported 150 early-stage entrepreneurs and business owners from Arunachal Pradesh, Assam, Manipur, Meghalaya and Nagland through a structured online education from the University of Arizona’s Dreambuilder course.

This included guided facilitation from alumni and business leaders, as well as technical sessions with the Nexus Incubation Hub at the American Center in New Delhi.

The programme, which kicked off in November 2020, has so far provided Dreambuilder certification to 80 women entrepreneurs. The Dreambuilder online course was developed by Freeport-McMoRan in partnership with Thunderbird School of Global Management, Arizona State University, a world leader in international management education.

While the program had to shift to a virtual platform, three in-person workshops were held in Dimapur, Shillong and Imphal with strict adherence to Covid protocol. The grand finale brings together, for the first time, 25 top entrepreneurs from the northeast who will participate in a shark-tank styled business pitch session which will be evaluated by a jury panel.  Top performers will be awarded seed funding and/or entry slots as part of the January 2022 cohort of the Nexus incubation program at the American Center in New Delhi.

Encouraged by the first edition, the U.S. Consulate General Kolkata will launch the second edition of AWE for 75 early-stage entrepreneurs in Bihar and Jharkhand on November 19 this year.