Rani Abbakka Chowta ruled a kingdom that consisted mainly of Hindus and Muslims. 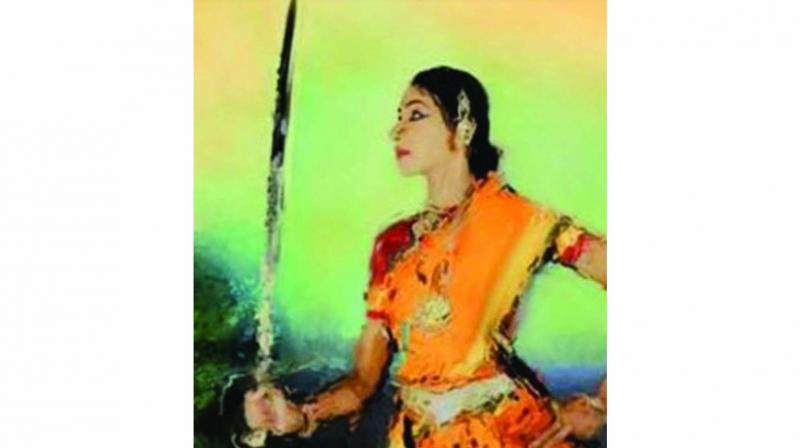 Have you ever heard of Rani Abbakka Chowta, the Queen of Ullal? She is also known as “Abhaya Rani” or the “Fearless Queen” and is considered a freedom fighter who gave shivers to the Portuguese colonisers in India. Abbakka was from the Chowta dynasty which ruled over Tulu Nadu, the coastal area of today’s Karnataka. Their capital was Puttige, while their subsidiary capital was the port town of Ullal (now Mangalore), which the Portuguese were desperate to capture for its strategic location. Rani Abbakka was one of the earliest Indians to fight colonial powers and is historically regarded as the “first woman freedom fighter of India”.

This period was the latter half of the 16th century. The Chowta dynasty followed the system of matrilineal inheritance of the Digambara Jains and in 1625, Tirumala Raya Chowta, who was then the leader of the clan, decided to crown his niece Abbakka as the first Tuluva Queen of Ullal. He also arranged her marriage to Lakshmappa Arasa, the King of the Banga principality in Mangalore. The marriage was not a success and soon Abbaka decided to return to Ullal.

From a young age, Abbakka had been trained to be a good ruler. She had learnt how to wield and fight with a sword, archery, military strategies, diplomacy and other subjects needed to make her a successful monarch. Trained in these different aspects of warfare, Rani Abbakka Chowta gave the Portuguese a hard time and cleverly used the military strategies that she had learnt from her uncle. The Portuguese made several attempts to capture Ullal, but for more than four decades, she managed to repulse each of their attacks. All this while, Abbakka’s estranged husband Lakshmappa Arasa was seething with anger and longed for an opportunity for revenge. Since he was unable to do much on his own, he decided to join the Portuguese in their fight against her.

Rani Abbakka Chowta ruled a kingdom that consisted mainly of Hindus and Muslims. Though she was a Jain, her team of administrators comprised Muslims and Hindus and her army was unique in its diversity. The Mogaveera Muslim fishermen were an extremely powerful asset for her, as they helped in her naval battles with the Portuguese.

Ullal, being a strategically placed port, was the Portuguese’s next target to conquer after conquering other ports on that coastal region. The Portuguese didn’t think much of a 30-year-old queen and did not expect her to succeed in driving out their highly skilled soldiers. However, she managed to do just that repeatedly. After repeated attempts at threatening Rani Abbakka, the Portuguese were unable to either defeat her nor extort any money from Ullal. She continued to defy them by her trade with the Arabs.

Battles between the Portuguese and Rani Abbakka became more and more frequent and aggressive. The Portuguese, however, could never win a battle against her and her army that consisted of people from various castes, religions and sections of society. “The Fearless Queen” believed that it was the coming together of such a diversity of people that helped her create an army capable and always ready to oppose the Portuguese.

As the battles intensified, Rani Abbakka forged alliances with the Zamorin of Calicut and other Muslim rulers south of Tulu Nadu. And as the attacks grew, her resilience to the cause only strengthened. However, in 1568, Joao Peixoto, the Portuguese general, managed to take over Ullal with his fleet. She was as resilient as ever and managed to escape — taking refuge inside a mosque. Enraged by their actions, Abbakka gathered 200 of her best warriors and attacked them that same night, killing Gen. Peixoto and 70 of his soldiers. Her strategic attack enabled her to take back her city. Determined to chase the foreigners from her land, she collaborated with 500 of her Muslim supporters and managed to kill Admiral Mascarenhas, and with the help of the Muslim soldiers, she took back the Mangalore fort from the Portuguese.

The attacks by the Portuguese continued and Rani Abbakka Chowta realised that she needed to use diplomacy. She formed an alliance with the Bijapur Sultan of Ahmed Nagar and the Zamorin of Calicut immediately. However, betrayed by her estranged husband, who had been conspiring with the Portuguese, she was finally overcome. The Portuguese defeated her and she was imprisoned. It is said that even then she did not give up and planned a single-handed revolt behind bars, during which she was killed.

Bronze statues of Rani Abbakka Chowta have been erected in both Ullal and Bengaluru and she now lives on as a glorious memory and legend in Dakshin Karnataka in the form of folk songs, stories by a “sutrahar” and performances of “Yakshagana” — a form of local theatre. In Ullal, there is an annual celebration when an award in her name is given to the bravest and most distinguished women of the past year. Those seeking more information about Rani Abbakka should visit the museum in her name at the Kannada Bantwal Taluk. The Indian Navy has also named an inshore patrol vessel in her honour — a unique tribute that she would have appreciated better than any other!