India   All India  12 Nov 2019  PM Modi chairs cabinet meeting ahead of his departure for BRICS Summit
India, All India

Modi will be visiting Brazil on November 13 and 14 to attend 11th BRICS summit and will have bilateral meetings with Putin and Xi Jinping. 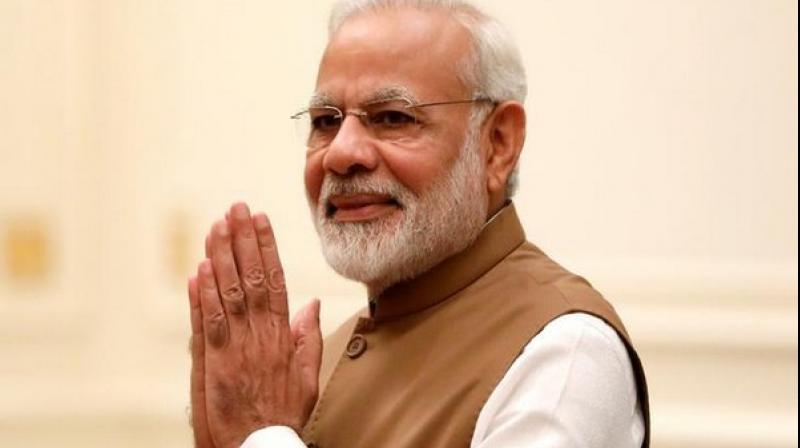 He will take part in the BRICS business forum closing ceremony and the plenary sessions of the BRICS Summit. (Photo: File)

New Delhi: Prime Minister Narendra Modi convened a cabinet meeting on Tuesday, apparently to discuss the political situation in Maharashtra. The meeting was convened amid an ongoing political stalemate in the state where no party has been able to form the government so far after the assembly election last month. The prime minister is to leave for Brazil this afternoon to attend the BRICS summit.

PM Modi will be visiting Brazil on November 13 and 14 to attend the 11th BRICS summit and will also have bilateral meetings with Russian President Vladimir Putin and the Chinese Premier Xi Jinping.

He will take part in the BRICS business forum closing ceremony and the plenary sessions of the BRICS Summit.

In the closed session, the discussions are expected to focus on challenges and opportunities for the exercise of national sovereignty in the contemporary world. This will be followed by the BRICS plenary session where the leaders will discuss the intra-BRICS cooperation for the economic development of BRICS societies.

A BRICS MoU between Trade and Investment Promotion agencies is expected to be signed. The summit will end with a joint declaration.

BRICS brings together five major emerging economies comprising 42 per cent of the world's population, having 23 percent of the global GDP.