Transport Minister AK Saseendran made this statement in the House while replying to query on accident which had claimed life of KM Basheer. 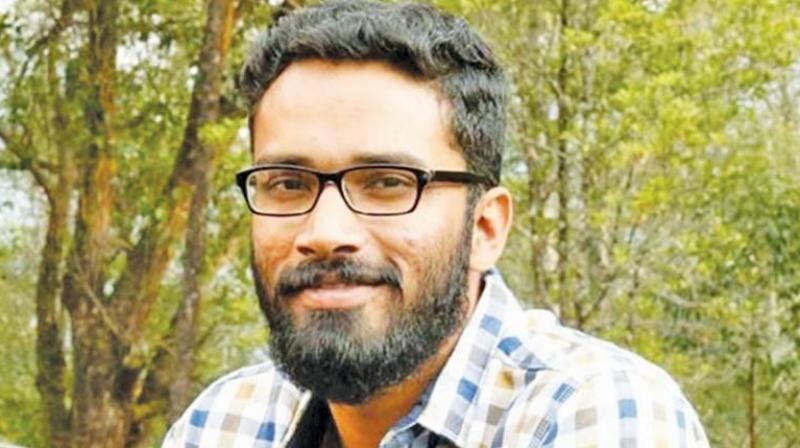 IAS officer Sriram Venkitaraman, arrested in connection with the death of a journalist after his car knocked him down in August. (Photo: File)

Thiruvananthapuram: IAS officer Sriram Venkitaraman, arrested in connection with the death of a journalist after his car knocked him down in August, was driving 'carelessly' according to a police report, the Kerala Assembly was informed on Monday.

Transport Minister AK Saseendran made this statement in the House while replying to a query on the accident which had claimed the life of KM Basheer, a 35-year-old journalist of a Malayalam newspaper, on August 3.

However, the Minister did not say if the police report had mentioned the officer, who had been suspended after the incident, being in an inebriated state or not while driving.

Following the accident, the driving licences of Sriram and his woman friend Wafa Firoze, who was in the car with him at the time of the mishap, were suspended for a year, the Minister said.

Some eye-witnesses of the accident had in their statements to the police mentioned that the IAS officer was allegedly in a drunken state and the car was driven in a very rash manner when it hit Basheer who was on his motorcycle.

Sriram, who was director, Surveys, and is under suspension since August, had in his explanation to Chief Secretary Tom Jose earlier said he had not driven the car at the time of the accident and had not consumed liquor.

The officer was arrested on August 3 nearly 17 hours after the luxury car driven by him while returning from a private party, hit Basheer killing him on the spot.

The Minister also informed the House that about Rs 6.25 crore has been collected so far as fine since October 26 when the new Motor Vehicle rules came into effect in the state.