The information came to light when the CBI checked the browsing details on his mobile phone and laptop. 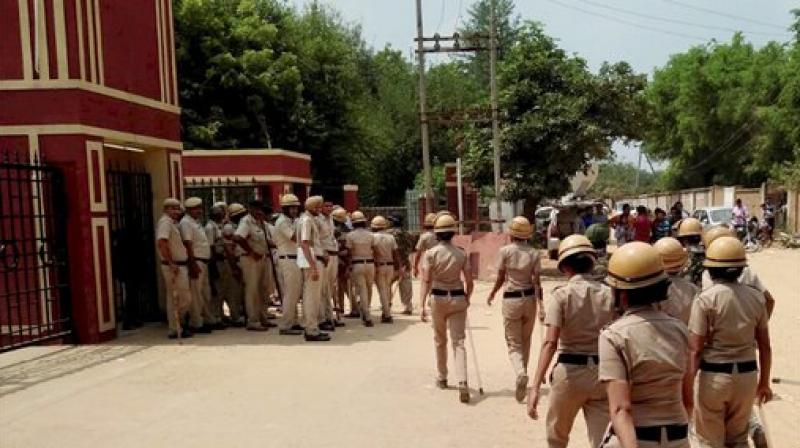 Earlier on Saturday, the apprehended teenager was taken by the CBI to the school to recreate the crime scene. (Photo: PTI/File)

Gurgaon: The Class 11 student, accused in the murder of seven-year-old Pradyuman Thakur, at Ryan International School searched online for various types of poisons and methods of usage before carrying out the crime.

The teen also looked up for methods to remove fingerprints from knife, Hindustan Times quoted its sources as saying.

The information came to light when the Central Bureau of Investigation (CBI) checked the browsing details on his mobile phone and laptop.

"Investigators suspect that after killing the student by slitting his throat, the accused deliberately threw the weapon, a knife which he procured a day before the murder from Sohna, in the commode of the toilet where the incident took place on September 8," a CBI source told HT.

However, the CBI refused to divulge further information due to the sensitivity of the case.

“Since the investigation is at a very sensitive stage, we would not like to offer any comment at this stage on any aspect of the probe,” said CBI spokesman Abhishek Dayal.

Earlier on Saturday, the apprehended teenager was taken by the CBI to the school to recreate the crime scene.

The team asked the teenager to explain the events that took on the morning of September 8, when Pradyuman, a class 2 student, was found dead in the toilet of the school, they said.

The CBI team took various measurements and recorded time needed to commit the crime as part of a corroborative exercise. It said the drill was meant to ascertain the claims of the accused.

The CBI officials also used a dummy in the form of a soft toy to ask him how he killed Pradyuman.

A Gurgaon juvenile court on Saturday sent the boy to Faridabad observation home till November 22.