Russia eyes over 50 per cent localisation for new Kudankulam reactors

At present, the Russians are sourcing locally manufactured parts and equipment to the tune of around 20 per cent. 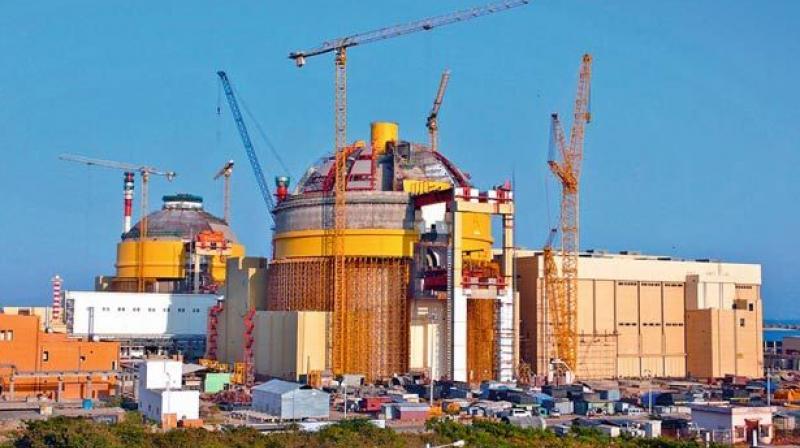 Mumbai: Russia, which is building the 6,000-mw Kudankulam nuclear plant, plans to raise localisation to more than 50 per cent for the upcoming units at the Tamil Nadu plant from the present 20 per cent levels.

"Already, two units of 1,000 mw each have been commissioned and the next two are under-construction. These units have around 20 per cent localisation," consul general of
Russian Federation in Mumbai Andrei Zhiltsov said.

He said Moscow recently signed an agreement with New Delhi for the units 5 and 6, which will begin after the ongoing units 3 and 4 are completed.

"Currently, the extent of localisation in the commissioned units is near 20 per cent but going forward we expect it to increase over 50 per cent," he said.

At present, the Russians are sourcing locally manufactured parts and equipment to the tune of around 20 per cent.

"But by the time we reach units 5 & 6, we hope local sourcing will increase to nearly 50 per cent," Zhiltsov added.

The fifth and sixth units will cost about Rs 50,000 crore with half of it being funded by Russia as loan. The third and fourth units began last year and will cost Rs 39,747 crore.

Russia has also offered India the latest "generation 3-plus" nuclear reactors -- the VVER-1200-powered by advanced fuel -- for the yet-to-be designated site in parallel to the ongoing 6,000-mw Kudankulam project.

"We expect a new site for the six reactors to be announced soon. If we do this project, it will allow us to lower the construction cost since we already have the expertise and equipment and so will not have to start afresh. Also, serial production is cheaper," Zhiltsov said.

He said for a fast-growing economy like India there will be no substitute for nuclear power and Russia will participate in the Indian growth story.