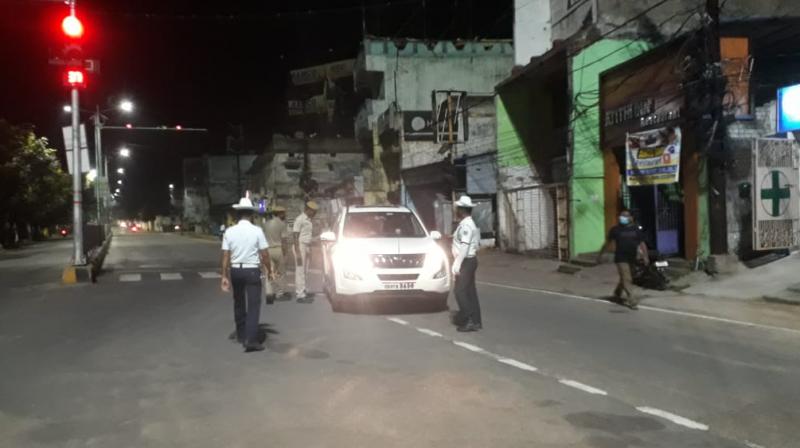 The state administration on Monday announced night curfew in both the cities from 8 pm to 5 am till October 20. (Representational image: Twitter)

BHUBANESWAR: Odisha capital Bhubaneswar has turned out to be a hotbed of Covid-19 infections as the city currently has a little over 40 per cent of the state’s total active cases. This was informed by state director of health services, Dr Bijay Mohapatra, on Monday.

Concerned over the high caseload in Bhubaneswar and its adjoining city Cuttack, the state administration on Monday announced night curfew in both the cities from 8 pm to 5 am till October 20.

In Bhubaneswar and Cuttack cities, shops and malls shall remain open from 5 am to 8 pm from October 11 to 20.

“All religious festivals, festivities and functions shall be held/ celebrated/ observed as per the guidelines issued by the state government on August 9,” said Bhubaneswar-Cuttack Commissioner of Police Soumendra Priyadarshi.
The state on Tuesday reported 448 fresh cases, taking the state’s Covid-19 caseload to 10,32,144. The newly infected persons included 59 below 18 years of age. Of the total fresh cases detected from 27 districts, 259 are quarantine cases and 189 local contacts.

A total of 63,887 samples were tested on Monday. The Test Positivity Rate for the day was recorded at 0.70 per cent.

“The second wave is yet to be over... A few days ago, the government of India even said that the second wave is still in prevalence in several parts of the country. However, one positive thing is that the cases aren’t showing any upward trend here,” said the health director Dr Mohapatra.

Stating that lives are more important than festivals, the director said, “We have been continuously telling for the last three months that there is a need to avoid gatherings during the festive season. The virus will spread if there is overcrowding.”