India may restrict imports of palm oil, other goods from Malaysia: report

The government wants to send a strong signal of its displeasure to Malaysian authorities, the sources said. 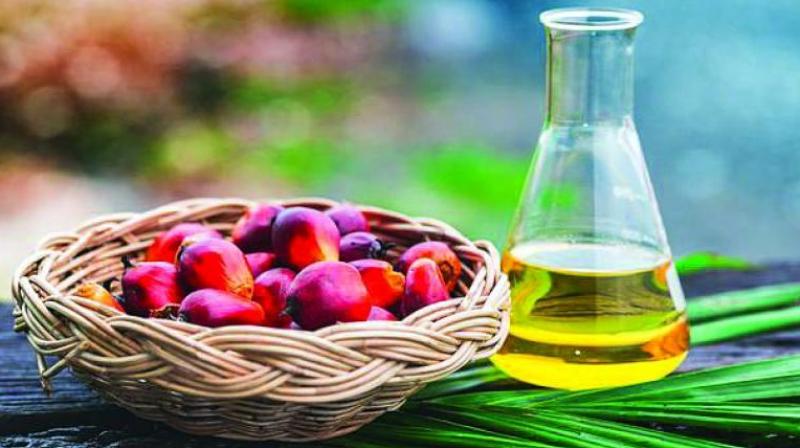 The sources asked not to be named as the proposal was still under discussion. (Representational Image)

New Delhi: India is considering restricting imports of some products from Malaysia including palm oil, according to government and industry sources, in reaction to the Southeast Asian country’s leader criticising New Delhi for its actions in Kashmir.

India is looking for ways to limit palm oil imports and may place restrictions on other goods from the country, said a government source and an industry source who participated in discussions led by the Ministry of Commerce and Industry on the planned restrictions.

The sources asked not to be named as the proposal was still under discussion.

The government was angered after Malaysian Prime Minister Mahathir Mohamad said last month at the United Nations that India had “invaded and occupied” Jammu and Kashmir and asked New Delhi to work with Pakistan to resolve the issue. The Centre revoked the special constitutional status of Jammu-Kashmir on August 5.

The government wants to send a strong signal of its displeasure to Malaysian authorities, the sources said.

India, the world’s biggest importer of edible oils, is planning to substitute Malaysian palm oil with supplies of edible oils from countries such as Indonesia, Argentina and Ukraine, said the sources.

In the first nine months of 2019 India was the biggest buyer of Malaysian palm oil, taking 3.9 million tonnes, according to data compiled by the Malaysian Palm Oil Board.

A spokeswoman for India’s commerce ministry said the ministry could not comment on things that were under consideration.

Malaysia’s prime minister on Friday said he had not received “anything official” from India, after Reuters first reported that India was mulling restricting imports of Malaysian palm oil and other products.

The benchmark palm oil contract for December delivery on the Bursa Malaysia Derivatives Exchange that had earlier been trading up on the day, fell 0.9 per cent to close at 2,185 ringgit (USD 522.23) per tonne.

A Mumbai-based refiner said it would not create a shortage of edible oils in India if buyers there stopped importing palm oil from Malaysia.

“Indonesia is eager to sell more and more palm oil to India,” the refiner said, adding that India could also increase imports of soyoil from Argentina and sunflower oil from Ukraine to offset any drop in Malaysian palm oil shipments.

Higher Indian imports had helped Malaysia reduce stockpiles in 2019, but stocks could rise again and prices could come under pressure if India curtails or stops imports, said a Mumbai-based dealer with a global trading firm.

The government is also planning some restrictions on imports from Turkey, one of the government sources said, as Ankara has issued repeated statements on Kashmir, an issue that India considers an internal matter.

In addition to tensions around Kashmir, there has also been friction between India and Malaysia over Islamic preacher Zakir Naik, whom Indian authorities want extradited from Malaysia.