Over 60 lakh hit by cyclone Titli in Odisha, govt steps up relief ops

The flood situation in three south Odisha districts is grim as water levels in major rivers have crossed the danger mark. 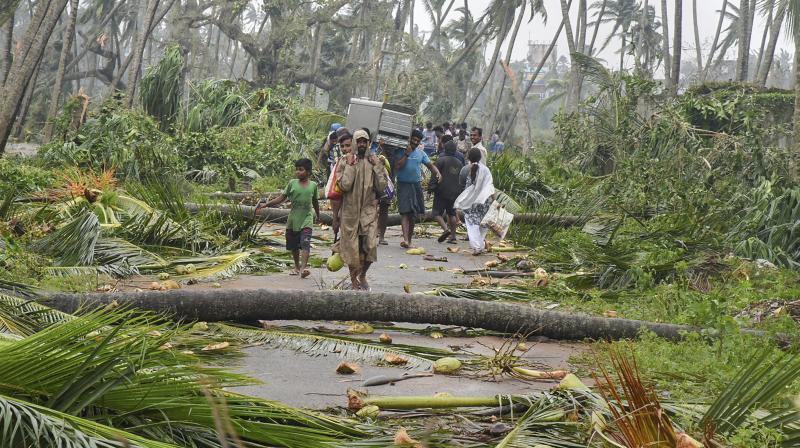 CM Naveen Patnaik stressed on quick repair of breaches in several river embankments and asked district collectors to provide cooked food to the people who were shifted to relief camps. (Photo: PTI)

Bhubaneswar: The Odisha government on Friday deployed NDRF and ODRAF personnel to speed up rescue and relief operations mainly in three districts where over 60 lakh people were affected by flood due to heavy rainfall triggered by Cyclone Titli.

The flood situation in three south Odisha districts - Ganjam, Gajapati and Rayagada is grim as the water levels in major rivers like Rushikulya and Bansadhara have crossed their danger marks, official sources said.

The districts received highest rainfall for three days under the impact of Cyclone Titli that made landfall at Palasa near Gopalpur in Ganjam on Thursday morning.

Special Relief Commissioner (SRC) B P Sethi said that the people in Balasore district were also affected by the flood. The decision to deploy National Disaster Response Force (NDRF) and Odisha Disaster Rapid Action Force (ODRAF) as part of stepping up relief and rescue operation was taken at a high-level meeting where Chief Minister Naveen Patnaik took stock of the situation in the aftermath of the very severe cyclonic storm that battered the state.

In a video conference with the district collectors of Ganjam, Gajapati and Rayagada, Patnaik gave instructions for intensifying rescue and relief operation on a war footing as miseries of the people got compounded due to the twin calamities of cyclone and floods.

Patnaik stressed on quick repair of breaches in several river embankments and asked the district collectors to provide cooked food to the people who were shifted to relief camps, the official said.

Patnaik also constituted a three-member ministerial committee to visit the three worst-affected districts to monitor rescue and relief operation. Two helicopters were requisitioned from the Indian Navy mainly for rescue and air dropping of relief materials in villages located in 125 gram panchayats in Ganjam district as these areas are cut off from rest of the state due to the submergence of roads with rain and flood water, Chief Secretary A P Padhi said. 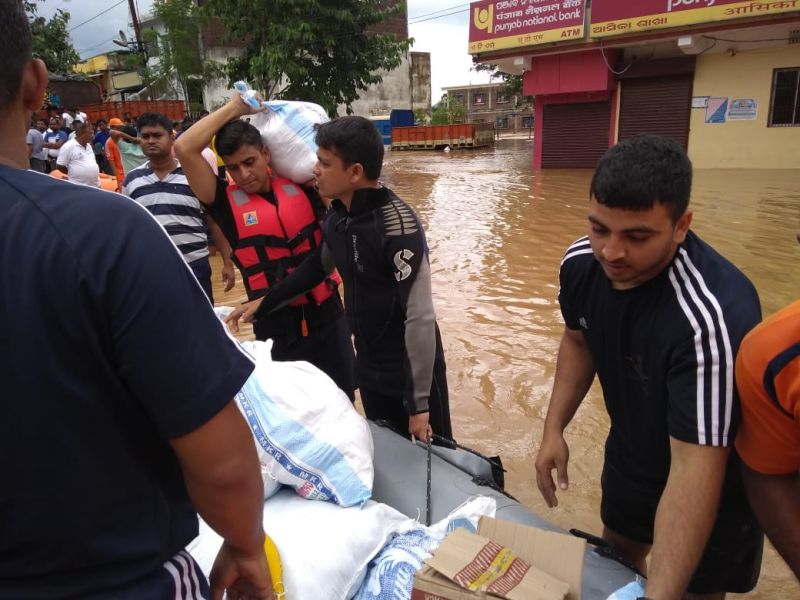 Of the 22 blocks in Ganjam district, 13 were badly hit due to cyclone and floods. Blocks like Aska, Purusottampur and Sanakhemundi were inundated by rainwater as well as water from Rusikulya river gushed into the villages, a senior official said.

The Ganjam district administration has undertaken evacuation of people living near the riverside and low-lying areas, he said adding that they have been housed in the multi-purpose shelters besides schools, colleges and Anganwadi centres.

The connectivity in Lathipada-Shergad road in Ganjam was disrupted while a bridge on Badagada Jarau river was washed away following heavy rainfall, official sources said.

The swelling Mahendratanaya river submerged vast stretches of Gajapati district cutting off road communication between Andhra Pradesh and Paralakhemundi in Odisha's Gajapati district, sources said. Train services too were affected and at least 16 trains were cancelled and several others rescheduled by East Coast Railway (ECoR) on Friday due to submergence of railway tracks.

Director of the metereological centre at Bhubaneswar, H R Biswas said heavy to very heavy rainfall will continue to pound parts of the state, including Balasore, Bhadrak and Dhenkanal districts, till Saturday.

Around three lakh people were evacuated from the vulnerable areas of five coastal districts of the state on Wednesday, a day before the cyclone made landfall.

The cyclone has "weakened into a deep depression" and triggered incessant rainfall in the state, SRC Sethi said. The severe cyclonic storm packing winds of up to 150 kmph and widespread rains had hit eastern India Thursday, killing eight people in Andhra Pradesh and one in Odisha.