The rape survivor was air-lifted from a Lucknow hospital to Delhi after the accident on the Supreme Court orders. 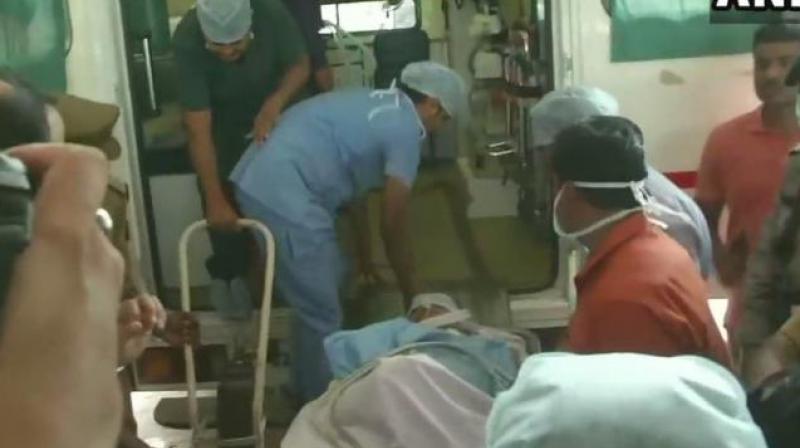 It also asked the authorities to ensure that the woman does not come face to face with the accused. (Photo: ANI | Twitter)

New Delhi: As her health saw some deterioration, the Unnao rape survivor Thursday recorded her statement on a stretcher at the temporary court set up at AIIMS hospital in the case of alleged sexual assault on her by expelled BJP MLA Kuldeep Singh Sengar in 2017.

The woman deposed before District Judge Dharmesh Sharma during 'in-camera' proceedings held at the seminar hall of the the Jai Prakash Narayan Apex Trauma Centre, her lawyer said. She is admitted to the hospital following an accident on July 28 this year.

The proceedings, which started Wednesday, will continue on Friday at AIIMS, the counsel for the accused said. 'In-camera' proceedings are not open to the public and the press. The temporary court was set up at the hospital with the Delhi High Court's permission after the doctors attending the woman said it was "not advisable" to bring her to the court premises.

The woman was allegedly kidnapped and raped by Sengar in conspiracy with co-accused Shashi Singh in 2017 when she was a minor. Sengar and co-accused were also brought to the hospital on Thursday amidst high security from Tihar jail.

A nurse, present with the rape survivor during the recording of her statement at the special court, was in regular touch with her attending doctors, said Dharmendra Mishra, counsel for the woman and her family. He said the elder sister of the rape survivor was also allowed to accompany her throughout the proceedings.

The rape survivor was air-lifted from a Lucknow hospital to Delhi after the accident on the Supreme Court orders. The court had earlier issued a slew of directions for holding 'in-camera' proceedings at AIIMS. It had said that there would be no audio or video recording of the deposition and asked the Medical Superintendent (MS) to ensure that the CCTV cameras installed inside the seminar hall remained switched off during the proceedings there.