Vijay Mallya said that the banks in India had filed objections to his settlement letters. 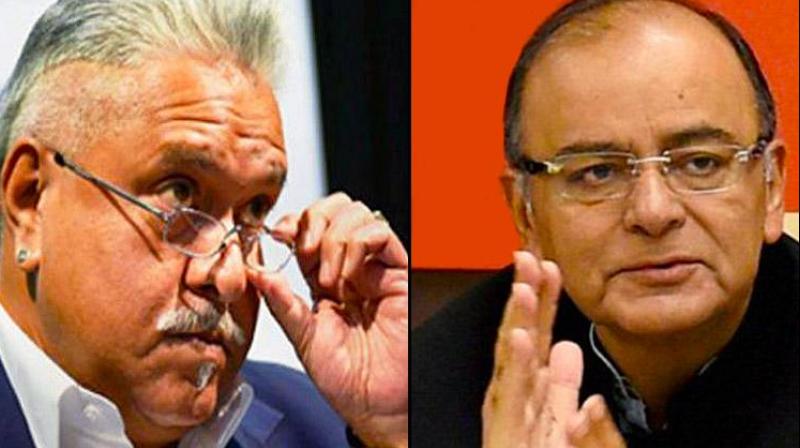 Mumbai: Fugitive liquor baron Vijay Mallya on Wednesday said that he had met Finance Minister Arun Jaitley to settle matters with the banks before leaving India.

Mallya, who appeared for a hearing of his extradition at London's Westminster Magistrate Court, added that the banks in India had filed objections to his settlement letters.

"I left because I had a scheduled meeting in Geneva, I met the finance minister before I left, repeated my offer to settle with the banks... that's the truth," Mallya told reporters outside London's Westminster Magistrates' Court, where his extradition case is being heard.

#WATCH "I met the Finance Minister before I left, repeated my offer to settle with the banks", says Vijay Mallya outside London's Westminster Magistrates' Court pic.twitter.com/5wvLYItPQf

Later Mallya clarified his statement and said that he met Finance Minister Arun Jaitley before leaving India. "I happened to meet Mr. Jaitley before in Parliament and told him that I am leaving for London... I did not have formal meetings scheduled with him," he said.

#WATCH: Vijay Mallya outside London Court clarifies on his statement that he met Finance Minister before leaving from the country, says "I happened to meet Mr Jaitley in Parliament & told him that I am leaving for London... I did not have any formal meetings scheduled with him." pic.twitter.com/U0ZnbKXrnM

When reporters asked Mallya whether he met any other BJP leader before he left India for London, he said, "Over a period of time, I have met many colleagues in Parliament and expressed to them my desire to settle with the banks. I don't believe I owe any further details."

When asked if he was tipped off by someone to leave India, Mallya said, "I can confirm to you that nobody tipped me off. There was no need to run and the allegations are media created allegations."

After Mallya's claims, Congress and other opposition parties targeted the government for "hiding" the information.

Demanding the details of Mallya's meeting with the finance minister, the Congress said, "Mallya's comment he met Jaitley confirms our assertion that government was fully complicit in flight of people like him and others. The government must explain how Vijay Mallya was allowed to leave India".

The Congress also asked the government to reveal the details of Mallya's meetings with Finance Minister Arun Jaitley.

Delhi Chief Minister Arvind Kejriwal, in a tweet said, "Why did the Finance Minister hide this information till now?"

"PM Modi meets Nirav Modi before he flees the country. FM meets Vijay Mallya before he flees India. What transpired in these meetings? People want to know," Kejriwal tweeted.

CPM General Secretary Sitaram Yechury said, "It's a fact that all of us had known earlier. Whatever denials government may issue, it confirms that all those who looted public money by taking loans from banks and absconded, not one of them happened to leave the country without knowledge of the government,"

The 62-year-old boss of the defunct Kingfisher Airline, who has been on bail on an extradition warrant since his arrest in April 2017, is fighting extradition to India on charges of fraud and money laundering amounting to around Rs 9,000 crores.