During the exercise, both sides will jointly train, plan and execute a series of well developed tactical drills. 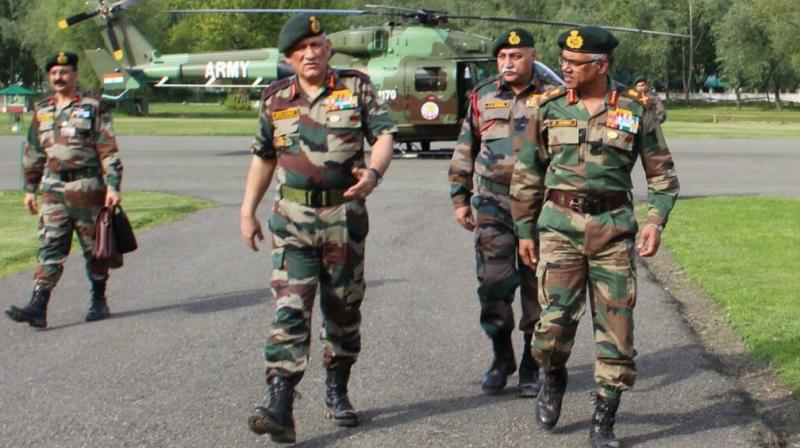 Mr Singh said that experts from both sides would also hold detailed discussions to share their experience on varied topics for mutual benefits. (Photo: Twitter / ANI)

Guwahati: In what may be called a significant way forward in enhancing military cooperation, the Indian Army on Tuesday started a joint military exercise between Indian Army and Mongolian Army at Mongolian Armed Forces (MAF) Desert Region Training Centre in Mongolia.

The joint exercise, which has been called Indo-Mongolia Joint Exercise Nomadic Elephant-2018, started in Umnugovi province of Mongolia in which Indian contingent is represented by 17 Punjab while the Mongolian contingent has been represented by Unit 084 of the Mongolian Armed Forces. Informing that exercise Nomadic Elephant is an annual, bilateral exercise designed to strengthen the partnership between Indian Army and Mongolian Armed Force, the public relation officer of the Indian Army at Kohima S.M. Singh said that the exercise would see them improving their tactical and technical skills in joint counter insurgency and counter terrorist operations in rural and urban scenario under UN Mandate.

Deputy Chief of Mongolian Armed Forces Maj Gen J. Badambazar, who welcomed the Indian soldiers, in his inaugural remarks highlighted the common shared beliefs of freedom, equality and justice that are precious to both nations. During the exercise, both sides will jointly train, plan and execute a series of well developed tactical drills. for neutralization of likely threats that may be encountered in urban warfare scenario, Mr Singh said that experts from both sides would also hold detailed discussions to share their experience on varied topics for mutual benefits.  Exercise Nomadic Elephant-2018 will contribute immensely in developing mutual understanding and respect for each other’s military and also facilitate in tackling the world-wide phenomenon of terrorism, the defence PRO said. (EOM)