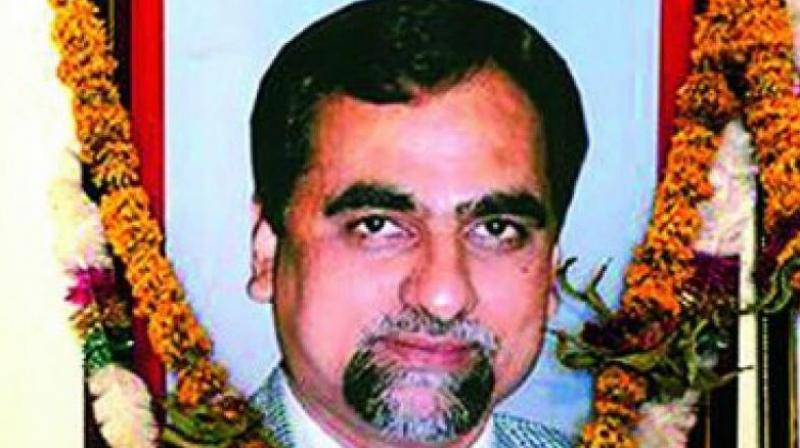 Mumbai: Fuming over the Centre's decision to hand over the Sushant Singh Rajput death case to the Central Bureau of Investigation (CBI), Shiv Sena has demanded that the deaths of BJP leader Gopinath Munde and judge BH Loya should also be investigated by the central agency.

Former Union minister and Sena leader Arvind Sawant said, “Even we demand CBI inquiry into the death of Gopinath Munde and judge Loya. Let the truth come out in these cases.”

“Demand for CBI inquiry is not made very often. It’s not right to conduct a probe just because someone has demanded it. There is some procedure, which needs to be followed for carrying out a CBI probe. But an attempt is being made to undermine the Constitution, which is based on the federal structure of governance,” he said.

Mumbai police was investigating Sushant Singh’s death case impartially. But the decision to hand over the case to CBI is an attempt to demoralise them, Sawant added.

Foul play was suspected in the death of Loya, who was hearing the Sohrabuddin Sheikh fake encounter case of Gujarat involving current Union Home Minister Amit Shah. Munde had died in a road accident in 2014, but a US hacker claimed he was murdered as he was aware of EVM hacking.

Meanwhile, Maharashtra BJP chief Chandrakant Patil has slammed the Shiv Sena saying its demand of a CBI probe into the deaths of Munde and Loya was due to its confused state.

“There is no connection between the Sushant Singh’s case and these two deaths. There is no point in again raking up the judge Loya issue, which is already over. The entire world knows that Munde had died in a road accident,” he added.