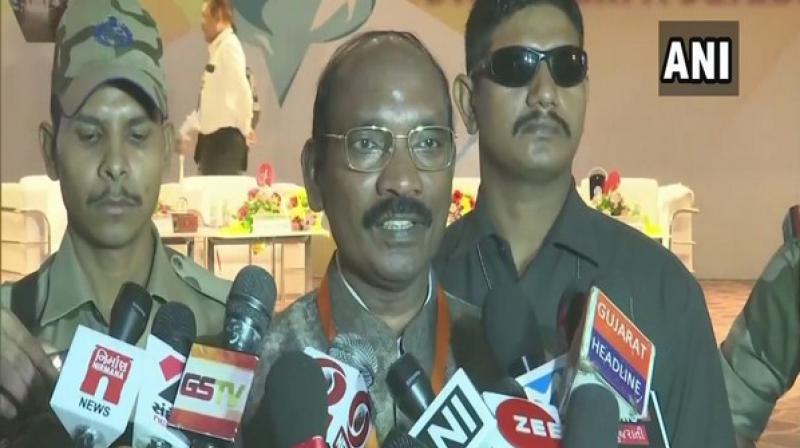 ‘On August 20, we will be carrying out lunar orbit insertion. By this process, Chandrayaan-2 will be revolving around the moon from August 20. Subsequently, we plan to perform a series of manoeuvres around the moon,’ Sivan said. (Photo: ANI)

Ahmedabad: The Indian Space Research Organisation (ISRO) will undertake on August 14 the crucial process of trans-lunar injection to move Chandrayaan-2 from earth's orbit towards the moon, its Chairman K Sivan said on Monday.

"The most crucial process now is going to happen on August 14 around 3:30 am. We are going to conduct a manoeuvre called trans-lunar injection. By this manoeuvre, Chandrayaan-2 will leave earth's orbit and move towards the moon," he told reporters here.

He said that the spacecraft is currently revolving around the earth.

"After launching the spacecraft on July 22, we performed several manoeuvres to make Chandrayaan-2 revolve around the earth," Sivan said.

"On August 20, we will be carrying out lunar orbit insertion. By this process, Chandrayaan-2 will be revolving around the moon from August 20. Subsequently, we plan to perform a series of manoeuvres around the moon," he said.

It will finally land near the south pole of the moon on September 7, Sivan said.

According to him, all the systems onboard the spacecraft are performing "very well" and ISRO is expecting a "soft landing" on the lunar surface.