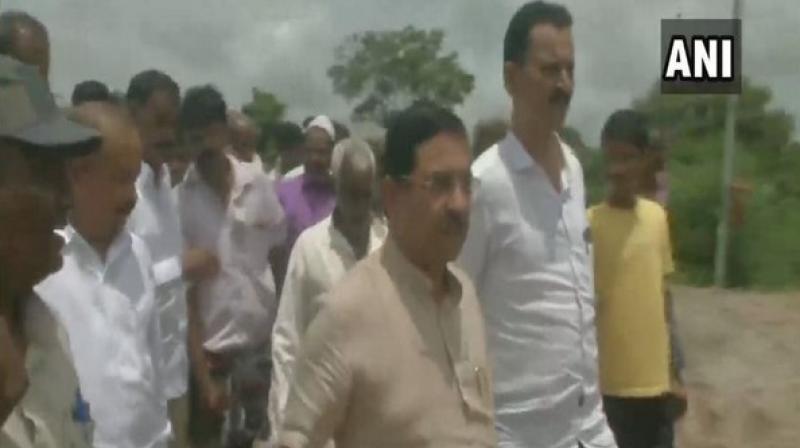 On Sunday, Union Home Minister Amit Shah undertook an aerial survey of flood-affected areas of Karnataka. Chief Minister BS Yediyurappa briefed Shah about the rescue and relief operations, which are underway in the state and Belgaum district.

The death toll in flood-hit Karnataka on Monday mounted to 42.

On Saturday, Yediyurappa had announced Rs 5 lakh compensation to next of kin of the deceased.

Rains have eased out, water levels have started receding and surface communication is likely to be restored soon in North Karnataka, Integrated Defence Staff (IDS) said on Monday.

"Rains have stopped in North Karnataka and water levels have started receding. The situation is under control and de-requisitioning of Army is likely to commence today. With most areas being accessible by road, helicopters are also likely to be de-requisitioned," said IDS.

Meanwhile, all schools and colleges -- government and private -- in affected flood-hit districts will remain closed till August 15.