All the 40,000 trenches have helped this monsoon in harvesting rainwater that used to go waste earlier. 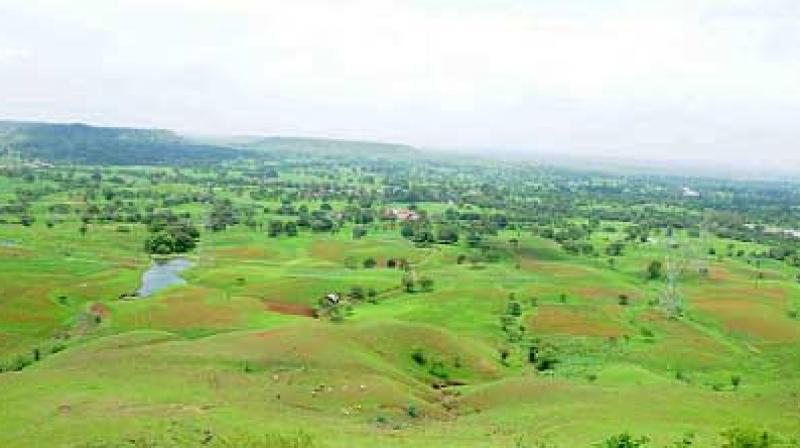 Halma, a custom of Bhil tribe to offer voluntary labour for community development, turned the mound into a green carpet.

Bhopal: A tribal custom of offering voluntary labour has weaved magic on a large barren hillock spread over nine sq km area in Madhya Pradesh’s Jhabua district, turning it into a lush green zone and creating a water bank at its foothill at zero cost.

Hathipawa mound, overlooking the district headquarters town of Jhabua in south west MP, lay barren till a couple of years ago, contributing to soaring mercury in summer and bringing misery to area inhabitants. Thanks to Halma, a custom of Bhil tribe to offer voluntary labour for community development, the barren rocky mound is now covered with a green carpet with small rain harvesting structures dotting the foothill.

“In January last year, around 10,000 Bhill tribals, comprising both men and women toiled for five hours, undertaking plantation and digging contour trenches and pits to harvest rain water,” said Mahesh Sharma, head of Shivganga, an outfit engaged in building water harvesting structures and check dams in tribal areas. Nearly, 15,000 trenches were dug up all around the hillock. Another 25,000 trenches, lying in a state of disuse, were revived, he said.

All the 40,000 trenches have helped this monsoon in harvesting rainwater that used to go waste earlier. “The water harvesting structures have also helped in recharging ground water,” said Mr Sharma, whose organisation is active in Jhabua, Dhar and Alirajpur districts. “The rainwater harvesting structures built in the Hathipawa hillock have helped in recharging the biggest pond in Jhabua town, turning it into a perennial water body,” said Mr Sharma.

“The greenery and rainwater harvesting structures in Hathipawa hillock has come at zero cost,” he added, giving credit to the tribal volunteers. He said his outfit tried to organise the tribals and channelise their energy for the environment-friendly project. We planned the activities by keeping in mind the Halma custom that encurages local adivasis to offer one full day of labour for improving their surroundings, he said.

The contour trenches built in Hathipawa hillock have a cumulative capacity of storing 40 crore lakh litres of rainwater which can meet the requirements of the 44,000-strong population of Jhabua town for about five months, he said. Last month, Shivganga also encouraged non-tribal volunteers to join the plantation drive on the hillock, a programme sponsored by the Jhabua district administration.

“Around 8,500 people, including NGO volunteers, participated in the plantation drive. Mainly fruit-bearing trees were planted and local people designated as custodians of the saplings to nurse them in future,” Jhabua district collector Ashis Saxena told this newspaper.