College administration, however, refuted the allegations and claimed that the girl was only barred from using a toilet meant for men. 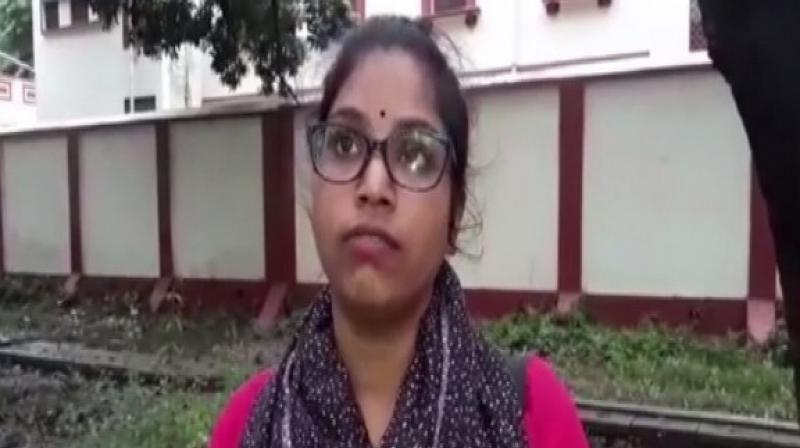 The girl had also written a letter to Vice-Chancellor and proctor of the university seeking justice. (Photo: ANI)

Varanasi: A girl from Banaras Hindu University on Friday alleged discrimination by a security guard while trying to use a toilet in one of the colleges in the varsity campus.

Archana Kumari told "I am a second-year student here. I am in charge of the BHU Bahujan help-desk which we place near Mahila Maha Vidyalaya (MMV) for helping students in the admission process. Yesterday when I was trying to get inside MMV to use the toilet, they refused to allow me to enter inside the college. He also misbehaved with me."

She also alleged that misbehaviour by security guards is common at the university and said, "Security guards often misbehave with women in BHU. Today also they have done the same and there anti-women behaviour is intolerable."

One of Archana's associates, Ravindra Prakash Bharti said, "We put-up help desk at different places in BHU with due permission from the administration. This behaviour by security guard reeks of the social menace of untouchability. We demand the necessary action from authorities."

College administration, however, refuted the allegations and claimed that the girl was only barred from using a toilet meant for men.

OP Rai, Chief Proctor, BHU said, "I have received the information about the incident and also sent a concerned official to the spot. After visiting the place of the incident he informed me that the girl was seeking to access a toilet meant for males for which she was prohibited. However, she was allowed to enter the college and use the designated washroom for girls."

The girl had also written a letter to Vice-Chancellor and proctor of the university seeking justice.