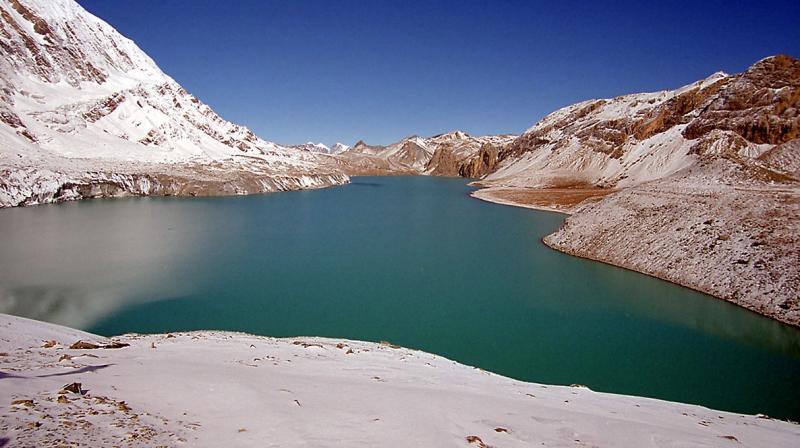 New Delhi: With the Nepalese Parliament expected to soon vote on a controversial new map of the Himalayan country that shows certain Indian territory as part of Nepal, New Delhi on Thursday said it had already “made its position clear” on the matter, adding that it “deeply values its civilisational, cultural and friendly relations with Nepal”.

India had earlier said it is open to engaging with Nepal on the matter on the basis of “mutual sensitivity and mutual respect, in an environment of trust and confidence”.

India had last month termed the controversial map as “artificial enlargement of (Nepalese) territorial claims (that) will not be accepted by India”. New Delhi had also urged Kathmandu “to refrain from such unjustified cartographic assertion and respect India’s sovereignty and territorial integrity”. India had also said the Nepalese revised official map “includes parts of Indian territory” and that “this unilateral act is not based on historical facts and evidence” which “is contrary to the bilateral understanding to resolve the outstanding boundary issues through diplomatic dialogue”.

Nepal claims that as per the Treaty of Sagauli  inked more than two centuries ago between British India and Nepal in 1816 after the Anglo-Nepal War, “all the territories east of Kali (Mahakali) River, including Limpiyadhura, Kalapani and Lipu Lekh, belong to Nepal”.

All three areas are part of Indian territory and fall in Uttarakhand State. The row between India and Nepal was triggered last month after Defence Minister Rajnath Singh had inaugurated an 80 km-long high altitude road from Dharchula to the Lipulekh Pass (both in Uttarakhand) that reduces the Kailash-Mansarovar pilgrimage time. Nepalese Prime Minister K.P. Sharma Oli, who is seen as close to China, has made the change in the map a matter of prestige for the Himalayan country’s ruling communist leadership.

On Thursday, the MEA said, “We have already made our position clear on these issues. India deeply values its civilization, cultural and friendly relations with Nepal. Our multi-faceted bilateral partnership partnership has expanded and diversified in the recent years with increased focus and enhanced Government of India’s assistance on humanitarian, development and connectivity projects in Nepal.”

The MEA added, “India has been reaching out to friendly neighbouring countries including Nepal, in line with Prime Minister’s initiative to chart out a common strategy to combat COVID-19 in the region. India has extended all possible technical, medical and humanitarian assistance to Nepal. We have supplied about 25 tonnes of medical aid to Nepal including Paracetamol and hydroxy chloroquine (HCQ) medicines, test kits and other medical supplies. Government of India has also ensured that there is no untoward disruption in trade and supply of essential goods to Nepal, despite the lockdown on both sides. India has also helped in repatriation of Nepalese nationals stranded abroad on humanitarian grounds.”