In an `Open Letter’ to public, retired civil servants talked about “continued misrepresentation” of Mander’s speech at Jamia Milia Islamia 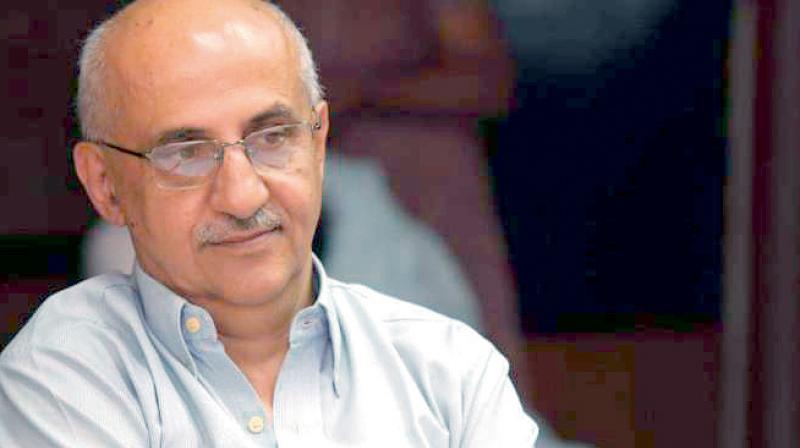 New Delhi: Close to 100 retired civil servants have expressed fear that the Delhi Police, that comes under union Home Ministry, is building up a case to frame noted social activist and former bureaucrat Harsh Mander in the North East Delhi riots case by accusing him of inciting violence through `hate speech’ during anti-CAA protests in Delhi.

They said that the Delhi Police may make Mander a co-accused in the Delhi riots case along with Sharjeel Imam (former JNU student) and Chandra Shekhar Azad (of Bheem Army) in addition to building up a larger conspiracy case against him. They also feared “possible misuse of law” against Mander and said that “those political leaders who publicly used hate speech and incited violence roam free with impunity.”

In an `Open Letter’ to public, the retired civil servants who have been prominent IAS, IPS, diplomats, IFS, IRS, accounts and audit, postal, customs and excise services officers during their service years, have talked about the “continued misrepresentation and mischaracterization” of Mander’s speech at Jamia Milia Islamia on December 16, 2019.

Their statement comes at a time when Delhi Police in its chargesheet filed in the murder of Intelligence Bureau officer Ankit Sharma, killed during the Delhi riots in February, 2020, has mentioned the names of Mander, Sharjeel and Azad accusing them of inciting violence.

Harsh Mander was a prominent face during the anti-CAA protests in Delhi. His speeches were allegedly partially quoted by the Delhi Police in the Supreme Court while trying to build up a case against him. Mander had also filed a petition before the Supreme Court in connection with the registering of FIRs against certain political leaders for using hate speech and inciting violence that resulted in the deaths of more than 50 people in Delhi.

“Instead of responding to those specific allegations, the Solicitor General of India alleged that Harsh had both incited violence and been contemptuous of the Supreme Court (SC) in that speech…A selectively edited video was used in the affidavit of the Deputy Commissioner of Police filed before the SC…If the full video had been presented, it would have proved that neither had he incited violence nor had he been contemptuous of the SC,” the retired civil servants belonging to the `Constitutional Conduct Group’ said in their Open Letter titled “In defence of Harsh Mander.”