Both the officers will be assigned the rank of Cabinet minister in the order of precedence. 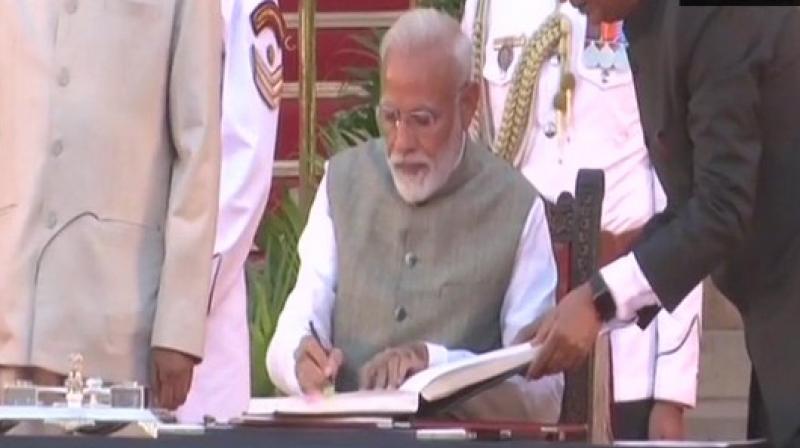 For the first time, both these bureaucratic positions are elevated to the cabinet rank. (Photo: File)

New Delhi: The Appointments Committee of the Cabinet on Tuesday approved the appointment of Dr Nripendra Mishra, IAS (Retired) as the Principal Secretary to Prime Minister Narendra Modi with effect from May 31.

During the term of their office, both the officers will be assigned the rank of Cabinet minister in the order of precedence, a government notification said on Tuesday.

Their appointment will be co-terminus with the term of Prime Minister.