The first session of the newly-constituted 17th Lok Sabha will be held from June 17 to July 26. 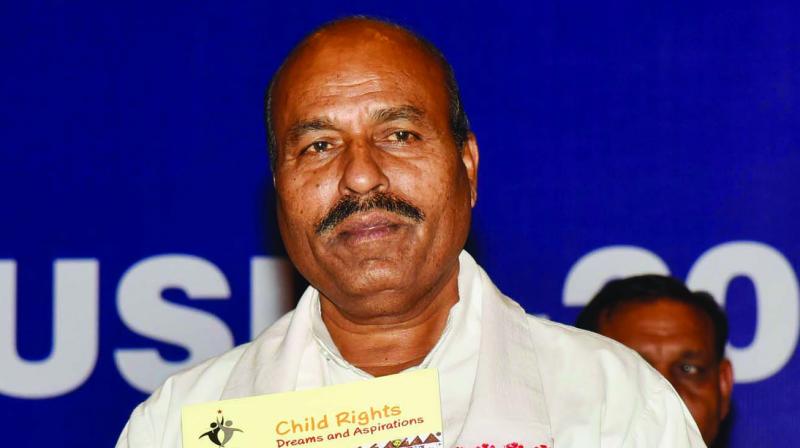 New Delhi: Seven-time MP of the BJP, Dr Virendra Kumar, will be the pro-tem speaker of the 17th Lok Sabha and will preside over the first sitting of the Lower House of Parliament to administer the oath of office to the newly-elected MPs.

The first session of the newly-constituted 17th Lok Sabha will be held from June 17 to July 26. As a pro-tem speaker, Dr  Kumar, a Dalit who represents Tikamgarh parliamentary seat in Madhya Pradesh, will also oversee the election of the Lok Sabha Speaker, which is likely to take place on June 19.

While speculation is rife that the ruling BJP is in favour of a tribal face for the Speaker’s post, ally Shiv Sena is interested in the post of Deputy Speaker. Interestingly, the ruling BJP is also abuzz that the party leadership could offer the Deputy Speaker’s post to a non-NDA party like Naveen Patnaik-led BJD, which had on many occasions sided with the Narendra Modi-led NDA in its previous tenure depite being rivals in Odisha.

Dr  Kumar, 65, will be administered the oath at the Rashtrapati Bhawan on June 17.

He was the minister of state in the women and child development and also in the minority affairs in the previous government.

Associated with the RSS, Dr Kumar was first elected to the Lower House during the 11th Lok Sabha and was then re-elected to the 12th, 13th, 14th, 15th, 16th and 17th Lok Sabha continuously. He had served as member and chairmen of various committees.

Dr Kumar, who holds a PhD, started his political career in 1977 when he became the convener of Akhil Bharatiya Vidyarthi Parishad (ABVP), Sagar district, Madhya Pradesh and served a prison sentence of 16 months under the Maintenance of Internal Security Act (MISA) in protest against the imposition of Emergency.