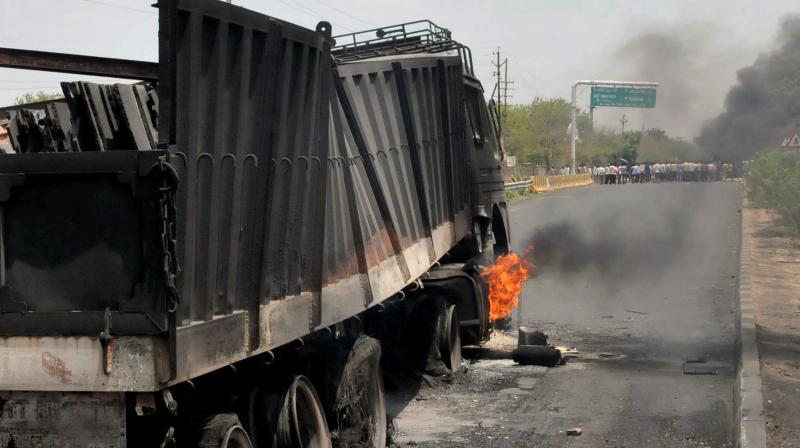 Mandsaur: Curfew was lifted completely from Madhya Pradesh's Mandsaur district, the epicentre of a violent stir by farmers, as the situation there remained peaceful on Saturday.

Curfew was lifted from all three police station areas of Mandsaur city on Sunday, but was in place in Pipliamandi police station area, which is 15 kms from Mandsaur district headquarters and where five farmers were killed in separate police firings during the agitation.

The curfew from 8 pm to 8 am has been lifted although prohibitory orders under CrPC section 144, which bans assembly of more than four persons, will remain in force, Additional Collector of the district Arjun Singh Dabar said.

Farmers in the state began protests over low prices for their crops on June 1.

The Mandsaur-Neemuch region, about 300 km from the state capital Bhopal, became the nerve centre of the gathering storm of farmer distress. Later, protests spread to some other parts of the state.

In Mandsaur, the curfew was imposed after five persons were killed in police firing during a farmers' protest on June 6.