India   All India  12 May 2021  111 mucormycosis patients undergoing treatment in Mumbai
India, All India

Most of these patients are from outside Mumbai, according to the BMC 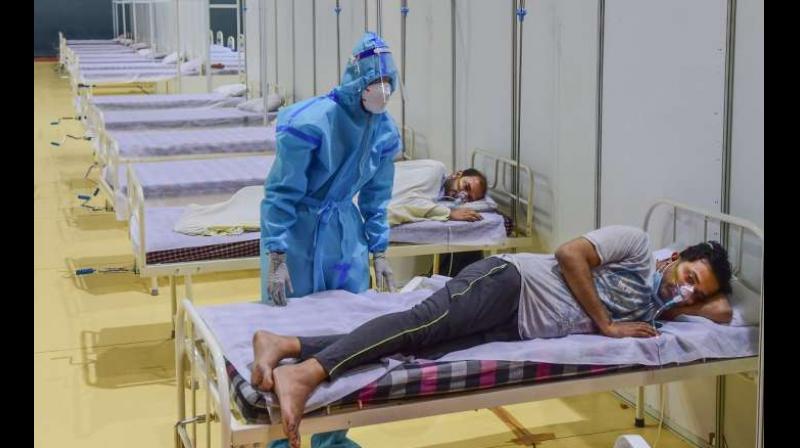 The BMC's Central Purchase Authority is procuring antifungal drug Amphotericin B which is used to treat mucormycosis. (File/PTI)

Mumbai: As many as 111 patients, all COVID-19 survivors, are undergoing treatment for the fungal infection `mucormycosis' in Mumbai hospitals, the Brihanmumbai Municipal Corporation (BMC) informed on Wednesday.

Prabhakar Shinde, the BJP's group leader in the BMC said the information was provided to the civic body's standing committee upon his query.

Additional municipal commissioner Suresh Kakani told the committee that 38 mucormycosis patients are being treated at the civic-run BY Nair Hospital, 34 at KEM Hospital, 32 at Sion Hospital and seven at Cooper Hospital, he said.

Most of these patients are from outside Mumbai, according to the BMC.

Shinde also said that the civic body has set up a medical experts' panel to decide the line of treatment for the disease, and all hospitals have been informed about the precautionary measures to avoid its spread.

The BMC's Central Purchase Authority is procuring antifungal drug Amphotericin B which is used to treat mucormycosis and hospitals have been authorised to purchase it locally.

Deputy commissioner Kakani informed the committee that mucormycosis is not "contagious" and doctors at COVID-19 hospitals are trained to handle it.

Despite repeated attempts Kakani could not be reached for confirmation, but the dean of a BMC-run hospital verified that there are 111 mucormycosis patients in city hospitals.

"If diagnosed at early stage, it can be cured completely," he said.

Earlier in the day, a health official in neighbouring Thane said that two COVID-19 patients have died due to mucormycosis while six others were undergoing treatment for the disease, also known as black fungus infection.

As per the doctors, this fungal infection is mostly found among COVID-19 patients who have diabetes. Its symptoms include headache, fever, pain under the eyes, nasal or sinus congestion and partial loss of vision.