Trouble in UP: BJP dalit MP calls Jinnah a ‘mahapurush’

Dalit MP said it was wrong to demand the removal of Jinnah’s portrait from the office of the AMU Students’ Union. 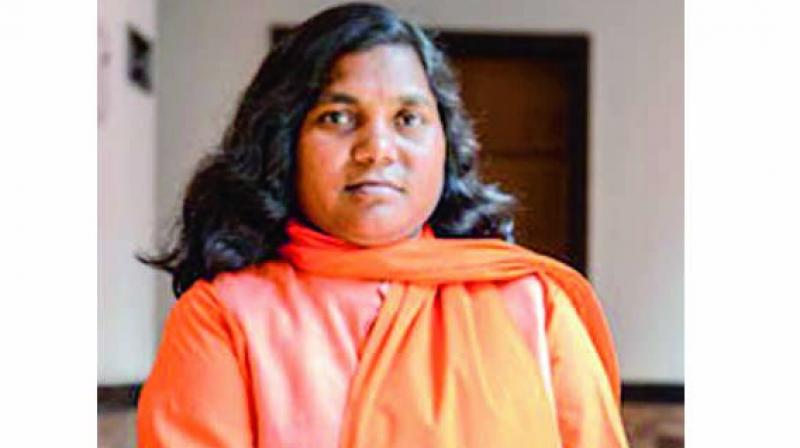 The dalit MP said she would be organising a one-day dharna in the collectorate in Bahraich on May 15 to protest against the lack of respect for dalits.

Lucknow: Trouble within the BJP in Uttar Pradesh shows no signs of receding. After UP minister Swami Prasad Maurya, it is now BJP MP Savitri Bai Phule who has defied the party line and described Mohammed Ali Jinnah, the founder of Pakistan, as a “mahapurush” (great man).

“These issues are being raised to divert attention from the real issues, that include poverty, hunger and unemployment,” she said.

The dalit MP said she would be organising a one-day dharna in the collectorate in Bahraich on May 15 to protest against the lack of respect for dalits. “Dalits are being exploited and deprived of their fundamental rights. You can see the kind of programmes on TV and radio to understand this,” she pointed out. She further said she was holding chaupals in every village in her constituency to muster support for the dharna.

A day ago, it was UP minister Om Prakash Rajbhar who alleged that the bureaucracy did not listen to him because he belonged to the most backward caste. “Why are we referred to as dalit MPs or why is the President called a dalit President? If this is not discriminatory, then what else is?” she asked.

Another BJP MLA, Jagan Garg (Agra), has also put his party in an embarrassing situation by writing a letter to chief minister Yogi Adityanath alleging that there was rampant corruption in the functioning of the Agra Municipal Corporation. He has provided a list of officers and the percentage of commission they take allegedly from contractors for development work.

The state government faced another embarrassing situation on Thursday evening when a group of people threw tomatoes at the residence of UP minister Dara Singh Chauhan. The protesters were alleging that the minister was shielding those who were guilty of the rape and murder of a young girl in Mau district.

Earlier, similar protests were seen at the residence of UP minister Om Prakash Rajbhar, when he gave a statement that Rajputs and Yadavs were known to consume liquor in large quantities.