India   All India  12 May 2018  Northern hillstations likely to face thunderstorm, squall over next 2 days
India, All India

Northern hillstations likely to face thunderstorm, squall over next 2 days

Thunderstorm over these hill-states and its subsequent effect on plains in north India is due to a new western disturbance. 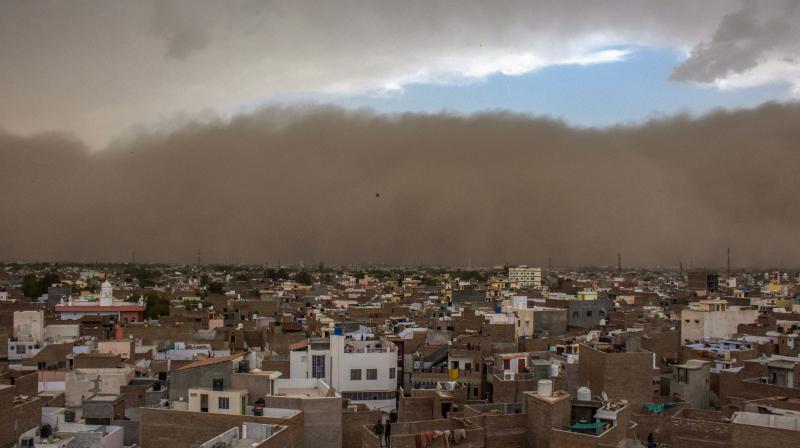 New Delhi: Uttarakhand, Jammu and Kashmir and Himachal Pradesh are likely to witness thunderstorm accompanied with squall, while parts of Rajasthan might see dust storm over the next two days, the Indian Meteorological Department said on Saturday.

Thunderstorm over these hill-states and its subsequent effect on plains in north India is due to a new western disturbance from Sunday.

Western disturbance originates in the Mediterranean Sea that brings sudden rains to northwestern parts of India.

Heat wave conditions are very likely at one or two pockets over Rajasthan, west Madhya Pradesh and Vidharbha.

Several states in north India have witnessed erratic weather pattern over the fortnight. Uttar Pradesh and Rajasthan have alone witnessed over 120 deaths due to thunderstorm and violent winds in the first week of May.