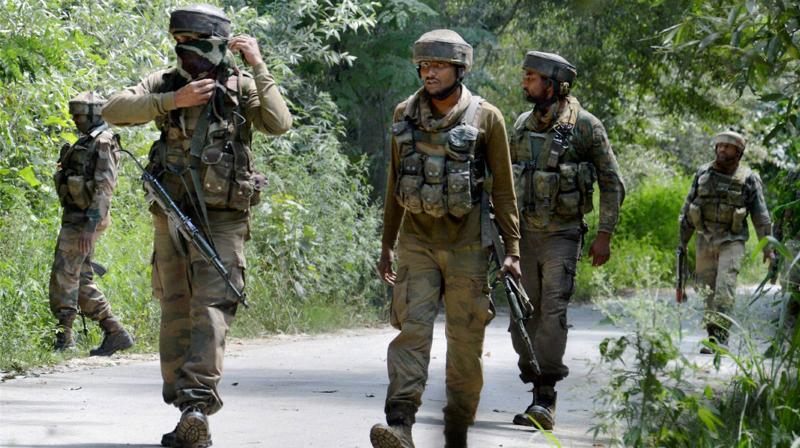 The militants, taking advantage of the darkness, fled from the spot, a police official said. (Representational Image)

Srinagar: A CRPF jawan was killed and a civilian injured in a brief exchange of fire between militants and security forces in Pulwama district of Jammu and Kashmir, police said on May 12.

Security forces launched a cordon and search operation at Chinar Bagh, Mohalla Takiya, in Pulwama late on May 11 following information about the presence of militants there, a police official said.

"As soon as the search party approached the suspect's house, militants hiding inside fired indiscriminately due to which the house owner Bashir Ahmad sustained an injury and is stated to be stable now," the official said.

He said that during the initial exchange of fire between militants and security forces, a CRPF jawan sustained injuries. The jawan, Mandeep Kumar, later succumbed to injuries.

The militants, taking advantage of the darkness, fled from the spot, he said adding the operation was called off early this morning.