India   All India  12 May 2017  Groom dies of heart attack during wedding procession
India, All India

He was rushed to a nearby hospital where the doctors declared him dead," the groom's father said. 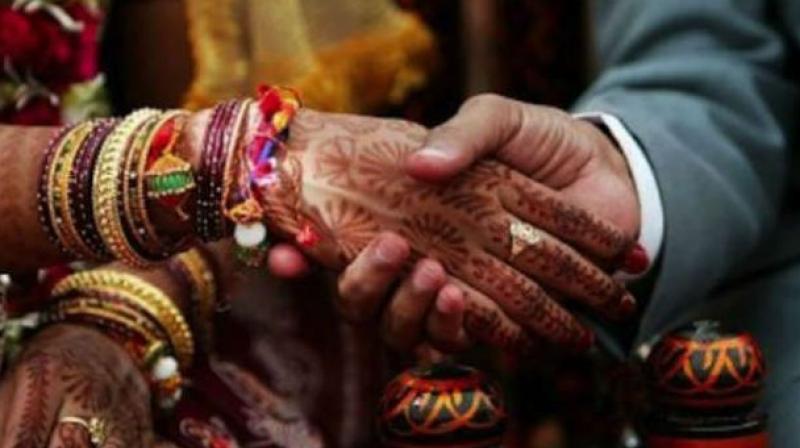 The incident came as a shock and the celebrations were immediately called off. (Representational Image/DC File)

Vadodara: In a tragic incident, a 25-year-old groom died of a heart attack during his wedding procession in Borsad town of the neighbouring Anand district.

As the wedding procession was proceeding on Tuesday night for the bride's home with the family members dancing in a joyous mood in Borsad, about 60 km from here, the groom, Sagar Solanki, who was sitting on a friend's shoulders, suddenly collapsed.

"He was rushed to a nearby hospital where the doctors declared him dead," Sagar's father Rajesh Solanki said.

The deceased, hailing from Ranoli village in Anand, worked in a private company.
The incident came as a shock to the families of both the groom and the bride and they immediately called off all the celebrations.