India   All India  12 May 2017  Allahabad HC orders UP Govt to issue new licenses to slaughterhouses
India, All India

The High Court observed that it is the responsibility of the local body for the construction of slaughterhouses. 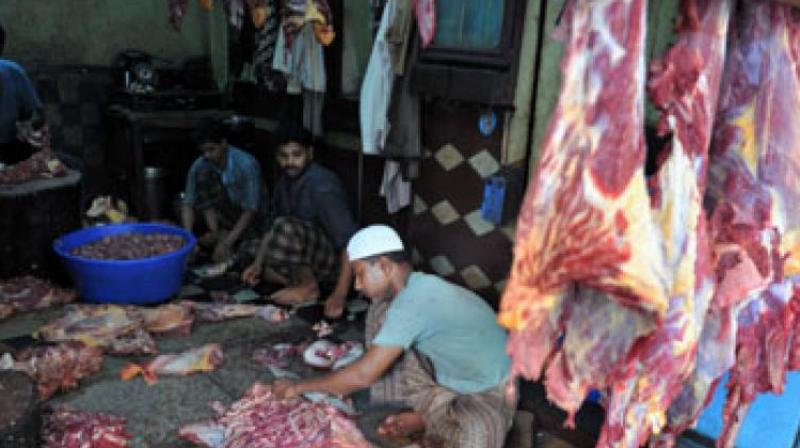 The ban on legal as well as illegal abattoirs was one of the main agendas of the BJP manifesto in the recently concluded elections. (Representational Image)

Lucknow: The Lucknow Bench of the Allahabad High Court on Friday directed the Uttar Pradesh Government to issue new meat licenses and renew the old ones in the slaughterhouses matter.

The High Court observed that it is the responsibility of the local body for the construction of slaughterhouses. The High Court has sought for information by the government and related departments on July 17.

The ban on legal as well as illegal abattoirs was one of the main agendas of the Bharatiya Janata Party (BJP) manifesto in the recently concluded elections.

Keeping his word, a day after Yogi Adityanath took charge as the Uttar Pradesh Chief Minister, illegal slaughter houses were sealed in Allahabad and other places across the state.

After the an official release by the state government, the slaughter house owners and meat sellers in Uttar Pradesh have closed their shops following an indefinite strike call by different associations.

The strike was against the government's crackdown on illegal slaughter houses and retail meat shops. According to reports, slaughter house owners and meat retailers protested against raids by municipal authorities and police, alleging exploitation by the authorities.

They had complained that they are being raided by police despite valid licenses.