India   All India  12 Apr 2018  Orbiter UAVs to be produced in India soon
India, All India

Orbiter UAVs to be produced in India soon

The Aeronautics Orbiter 4 is an adv-anced multi-mission platform with an ability to carry and operate two different payloads simultaneously. 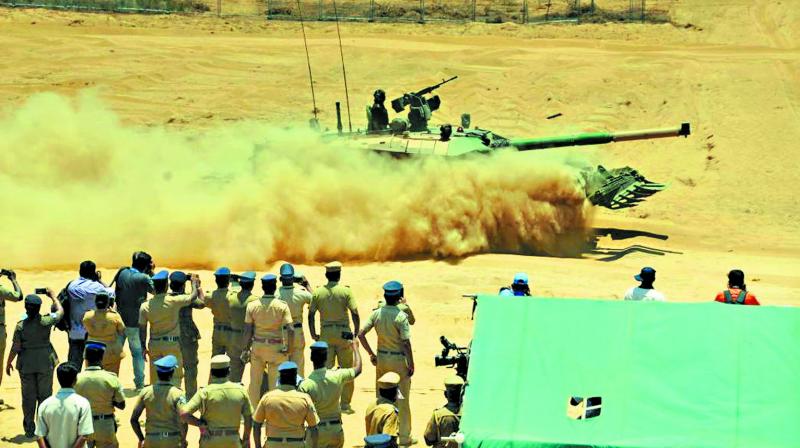 CHENNAI: Mahindra Defence and Aeronautics of Israel signed a Memorandum of Understanding (MoU) to partner for Naval shipborne UAVs (Unmanned Aerial Vehicles). Together they will produce UAV system which can be launched and recovered from Indian warships. Aeronautics, a leading manufacturer of Unmanned Aerial Vehicle (UAV), is an Israeli public listed company, and is a key player in the defence domain. Aeronautics is the OEM of Orbiter series of UAVs which has been sold in many countries globally.The Aeronautics Orbiter 4 is an adv-anced multi-mission platform with an ability to carry and operate two different payloads simultaneously. With an open architecture, the Orbiter 4 can be specially adjusted to the needs of each mission.  Mahindra Defence and Aeronautics have entered into this partnership to offer the maritime version of the Orbiter 4 for the Indian Navy.

Mahindra Defence signed Memorandum of Understanding (MoU) with ShinMaywa Industries Limited, Japan, to manufacture Amphibious Aircraft US-2, at the Defexpo 2018, which began on Wednesday at Thiruvidanthai near here. This will facilitate both the companies to set up MRO services manufacturing and assembling of structural parts and components for US-2 amphibian aircraft.

ShinMaywa US-2, a modern amphibious aircraft, is a veritable force multiplier since it fulfils a multitude of missions in a single platform. It is a unique aircraft and the only ‘in service’ open sea capable amphibian aircraft with state of the art equipment, very rough sea operations (Sea state 5 up to 3m wave height), riverine lake landing capability, STOL features, long endurance and extended radius of operations with large payload capacity.