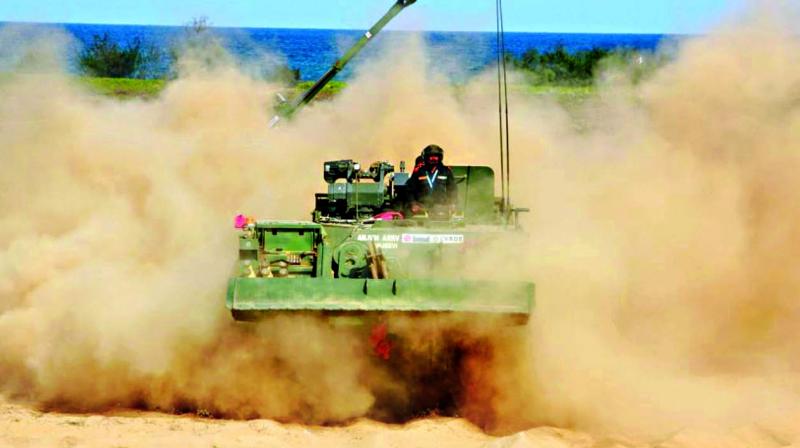 The world's biggest importer of weapons and military systems now, India aims at an ambitious transformation to become a weapon exporting country by 2025.

Thiruvidanthai: Being hosted in makeshift temporary structures under the torrid Chennai April sun, DefExpo 2018 will be remembered for many reasons, the main being that the event may well mark India's first serious baby steps towards becoming a defence equipment manufacturing hub. Already the world's biggest importer of weapons and military systems now, India aims at an ambitious transformation to become a weapon exporting country by 2025. Certain unanswered questions remain as to why the Defence Exhibition Organisation (DEO), an autonomous organisation set up to promote the export potential of the Indian defence industry and mandated with the core function of organising international exhibitions such as DefExpo, was relegated to the margins and instead, organisations with the mandate of conducting military research, developing electronics or airborne platforms were entrusted with the organising task.

Questions also remain on ways and means to make bureaucracy more agile in taking decisions. Thankfully, defence secretary Sanjay Mitra gave an assurance during a press conference on Wednesday that the recently issued Request for Information (RFI) for 110 fighter aircraft would not meet the same fate as the earlier effort to buy 126 fighters also known as the MMRCA deal. “There should not be any such apprehensions. It will not be a re-run,” he said.