Earlier reports stated that Tharoor will help the government draft the 'Statement of Solidarity' on the issue of Kulbhushan Jadhav. 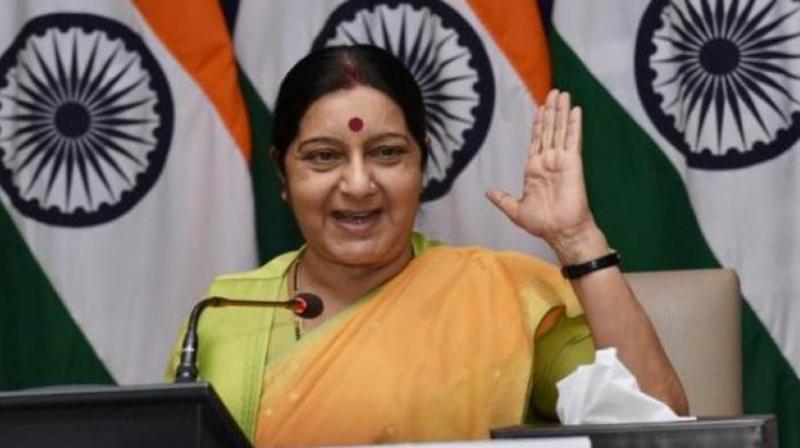 New Delhi: External Affairs Minister Sushma Swaraj on Tuesday rubbished reports that Congress leader Shashi Tharoor will help the Narendra Modi government in drafting a statement on Kulbhushan Jadhav to be read out in Parliament.

"There is no dearth of talent in my ministry. I have the assistance of very able secretaries," she said in curt tweet. She also posted the news report to which she was reacting.

Earlier reports stated that Tharoor will help the government draft the 'Statement of Solidarity' on the issue of Kulbhushan Jadhav. This statement will be adopted by both Houses of Parliament.

"The request to draft the resolution came from Swaraj after Parliament today condemned Pakistan for sentencing Kulbhushan Jadhav to death," the report said.

Jadhav, a former Indian Navy officer, has been sentenced to death by a military court in Pakistan on the charges of "espionage and sabotage" activities, triggering outrage in India.

"There is no evidence of wrongdoing by Jadhav. If anything, he is the victim of a plan that seeks to cast aspersions on India to deflect international attention from Pakistan's well-known record of sponsoring and supporting terrorism," Swaraj had told both Houses of Parliament earlier in the day.