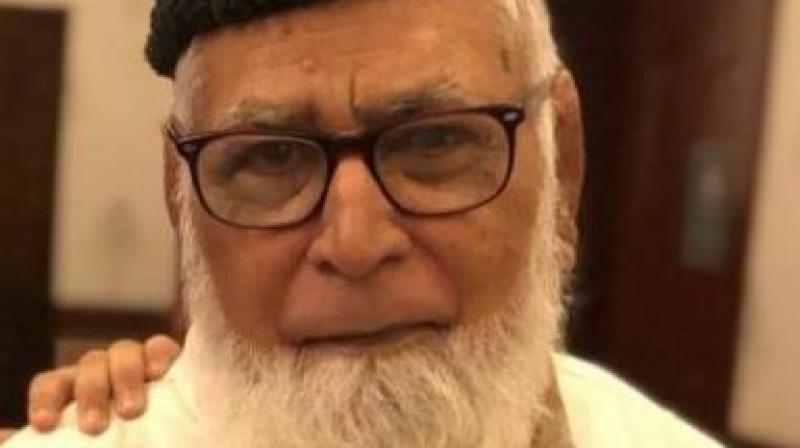 Mohammed Hussein Siddiqui, who passed away in Kalburagi, Karnataka on March 10.

Hyderabad/ Kalaburagi: A suspected Covid-19 patient, who sought treatment in a private hospital in Hyderabad, died in an ambulance on the way back to his residence in Kalaburagi in Karnataka.

The 76-year-old, who had returned from Jeddah in Saudi Arabia last month,  suffered from acute breathlessness and was referred to Hyderabad by doctors in Bidar.

The patient had undergone treatment at a hospital in Bidar for three days but there was no improvement in his condition. After sending throat swabs and blood samples for Covid-19 testing, the doctors in Bidar referred him to Hyderabad.

The patient, however, failed to get emergency care in two private hospitals in Hyderabad as he was suffering from acute breathlessness and lung dysfunction, the symptoms that were similar to that of Covid-19.

The family was given an option of hospitalisation in the isolation unit. But if the patient was found to have been infected by coronavirus, the doctors told the family that he must be shifted to Gandhi Hospital.

But the family rejected the option and decided to take the patient back to Kalaburagi (Gulbarga) in a private ambulance. During their journey, the patient passed away.

Senior district medical and health officials in Hyderabad have asked medical professionals who treated them to be alert for any symptoms.

Hospital staff stated that they had worn full protection gear while treating the patient and protocols laid down for treating these patients have been adhered to. The health officials, however, have asked them to report if any symptoms are noted in a week’s time.

Final rites were carried out in Kalaburagi under the supervision of medical and health officials of the district.

District health officer of Kalaburagi M.A. Jabbar said, “The final rites were not done with bare hands and protective measures were completely taken. Our officers have supervised the process.”