India   All India  12 Feb 2017  Modi accuses Cong govt in U'khand of having no vision for growth
India, All India

Training his guns on Congress, the PM said the former insulted the soldiers by asking for proof of the surgical strikes conducted last year. 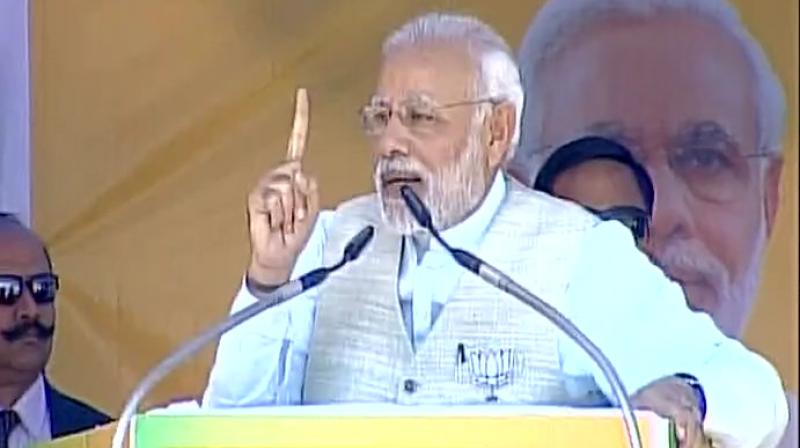 Srinagar: Accusing the Congress government in Uttarakhand of having no vision for growth even though the state has great potential in tourism and allied sectors, Prime Minister Narendra Modi on Sunday asked the people to vote out the ruling party and give BJP a chance to ensure new heights of development in the next five years.

"Have you ever thought why despite having such great potential Uttarakhand has lagged behind Chattisgarh and Jharkhand which were created together by Atal Bihari Vajpayee?

In spite of the Maoist problem, Chattisgargh with a BJP government has established itself among the fastest growing states," he told a poll rally at the GITI Maidan in Srinagar.

Similarly, Jharkhand despite being a backward area has begun to attract investors under BJP rule, Modi said while asking as to why Uttarakhand has lagged behind them in terms of development.

Claiming that the Congress government in the state was devoid of the vision to drive it on the path of development, he appealed to the people to vote overwhelmingly in support of BJP this time to change their fate.

Modi said that he has grand plans to tap the state's tourism potential and herbal wealth to lure visitors from all over the world to its doorsteps.