The quantum of punishment will be given on January 17. Ram Rahim was present in the court through video-conferencing from Rohtak jail. 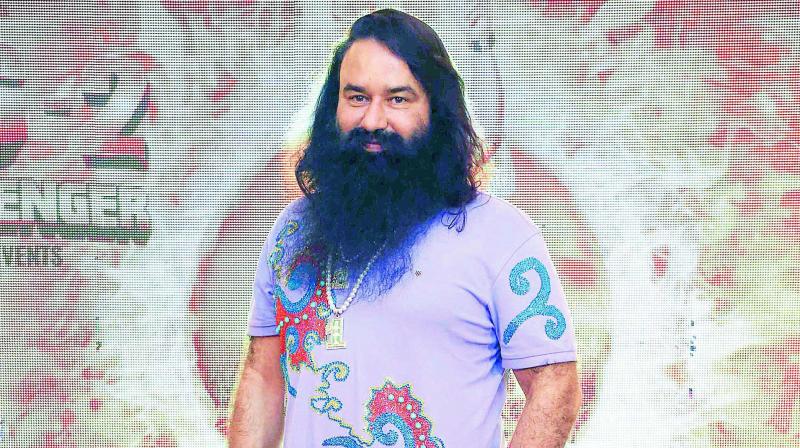 Chandigarh: Dera Sacha Sauda chief Gurmeet Ram Rahim and three others have been convicted in the Ramchandra Chatrapati case. The verdict was given today by the special CBI court in Panchkula Friday. Apart from Ram Rahim, the three co-accused Krishan, Nirmal and Kuldeep have also been convicted.

The quantum of punishment will be given on January 17. Ram Rahim was present in the court through video-conferencing from Rohtak jail.

It was Kuldeep who had shot at Chhatrapati outside his house in Sirsa on the evening of October 24, 2002. Chhatrapati had later succumbed to his injuries on November 21, 2002, at Apollo Hospital, New Delhi.

Kuldeep had arrived on the scene with Nirmal on a scooter. Nirmal had managed to flee on the scooter but the police nabbed Kuldeep from the spot. They had revealed the name of Dera manager Krishan Lal who had provided a revolver to them.

Khatta Singh, who was once the Dera Sacha Sauda chief Gurmeet Ram Rahim’s driver was the prime witness in the cases pertaining to the murder of Ramchandra Chatrapati and a key person in turning the whole case against Ram Rahim.

Journalist Ram Chandra Chatrapati the editor of Poora Sach was alleged killed because he carried many stories which highlighted the goings on in the Dera. These included the exploitation of sadhvis at the Dera by Gurmeet Ram Rahim.

Earlier, the allegations were that Chatrapati and a farmer named Ranjeet both were murdered either at the behest of Ram Rahim or by him.

Khatta had said that he was under duress from Ram Rahim’s men and wasn’t in a position to tell the truth in the court on the earlier occasions.

Earlier, Khatta was the witness of CBI in these murder cases. However, he turned hostile in the court during his testimony in the CBI court in Panchkula in 2012.

Khatta maintains he is a victim of castration and is privy to many wrongdoings in the Sacha Sauda compound.

Ranjeet, in whose murder Khatta is a witness, was an affluent farmer, and a former manager of the Sirsa-based Dera Sacha Sauda. He was allegedly killed at the behest of Ram Rahim in 2002.