This is the sixth chargesheet in the Saradha scam which was handed over to the CBI by the Supreme Court in 2014. 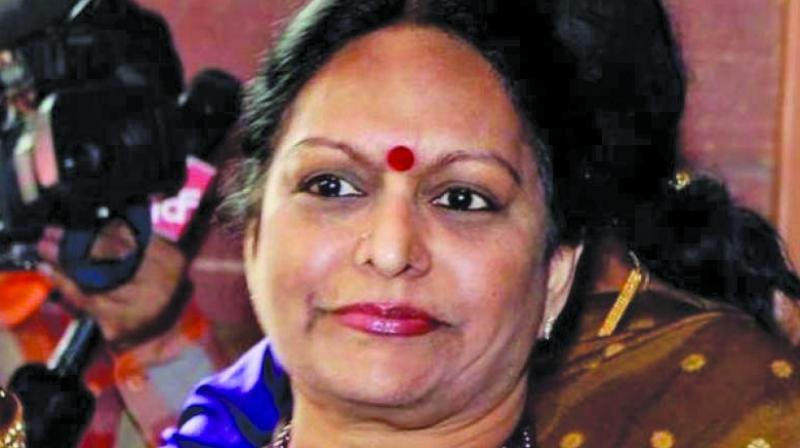 New Delhi: The CBI has filed a chargesheet against Nalini Chidambaram, the wife of senior Congress leader and former Union finance minister P. Chidambaram, alleging she had received Rs 1.4 crore from Saradha group of companies, embroiled in a chit fund scam.

It is alleged she entered into a criminal conspiracy with Sudipta Sen, the proprietor of Saradha group, and other accused persons with an intention of cheating and misappropriation of funds of Saradha group of companies, CBI spokesperson Abhishek Dayal said.

The CBI alleged that Manoranjana Sinh, the estranged wife of former Union minister Matang Sinh, introduced Sen to Nalini Chidambaram to manage probes against him for which she allegedly received Rs 1.4 crore during 2010-12 through his companies.

The chargesheet was filed in a special court in Kolkata, Mr Dayal said. The group had raised Rs 2,500 crore from people luring with attracting interest rates which were not repaid. Sen had closed operations of company in 2013 after failing to pay returns.

This is the sixth chargesheet in the Saradha scam which was handed over to the CBI by the Supreme Court in 2014.

Meanwhile, the CBI on Friday informed a Delhi court that the Centre has granted sanction to prosecute five people, including serving and former bureaucrats, accused in the Aircel-Maxis case involving Congress leader P Chidambaram and his son Karti.

The then members of the Foreign Investment Promotion Board (FIPB), against whom sanctions have been procured, are the then secretary (economic affairs) Ashok Jha, the then additional secretary Ashok Chawla, the then joint secretary in finance ministry Kumar Sanjay Krishna, the then director in the ministry Dipak Kumar Singh, and the then under secretary in the ministry Ram Sharan. Of the five, three are working with various government departments while two have retired. The submissions were made before Special Judge O P Saini who extended till February 1 the interim protection from arrest granted to Chidambaram and Karti in the Aircel-Maxis cases filed by the CBI and the ED.