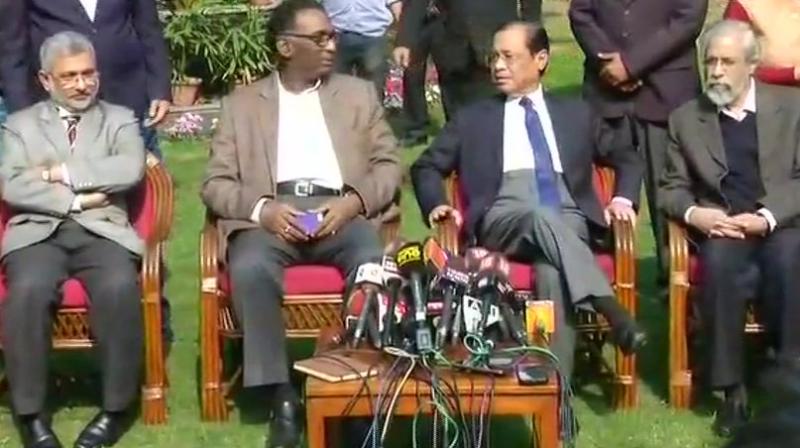 New Delhi: In an unprecedented event in the history of the Indian judiciary, four top judges of the Supreme Court met the media on Friday and said they were convinced that “unless the judiciary is preserved, democracy can’t be protected in the country”.

The four – Justices J Chelameswar, Justices Ranjan Gogoi, Madan Lokur and Kurien Joseph – addressed the media at Justice Chelameswar’s home, an event that Chelameswar said was “extraordinary in the history of any nation” but that they were “compelled” to do it.

Listen what the four judges told the media at the unprecendented press conference.