India   All India  11 Dec 2019  'No Muslim in India needs to worry,' says Shah on Citizenship Bill in Rajya Sabha
India, All India

'No Muslim in India needs to worry,' says Shah on Citizenship Bill in Rajya Sabha 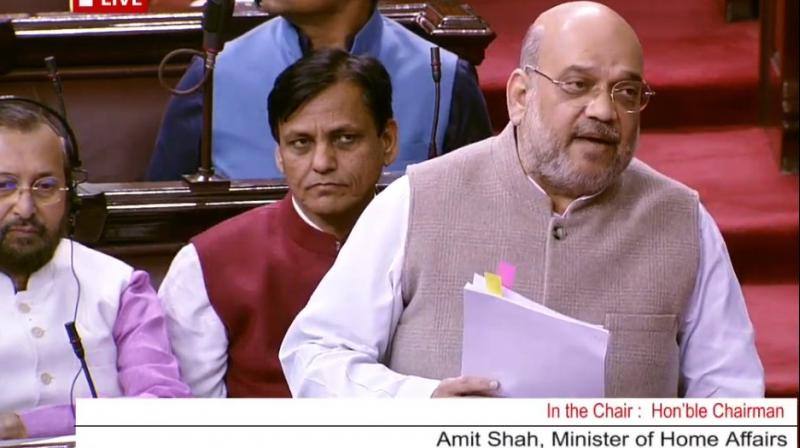 New Delhi: The Citizenship (Amendment) Bill 2019 (CAB) was tabled in the Rajya Sabha by the Union home minister Amit Shah on Wednesday.

Addressing the Rajya Sabha, Shah said: “No Muslim in India needs to worry due to this Bill. Don't get scared if someone tries to scare you. This is Narendra Modi's government working according to Constitution, minorities will get full protection.”

Shah said misinformation have been spread that this Bill was against Muslims of India. “I want to ask the people saying this that how is this bill related to Indian Muslims? They are Indian citizens and will always remain. No discrimination against them,” he added.

Opposition parties including the Congress, AIMIM and the Trinamool Congress are against the bill. The Congress had issued a 3-line whip mandating its members in the Rajya Sabha to be present during the presentation of the bill.

The BJP is certain that it would get support from parties such as the AIADMK, the YSR Congress Party (YSRCP), the TDP and BJD-- all of which are outside the fold of the National Democratic Allliance (NDA).

The bill had an easy passage in the Lok Sabha where the BJP-led NDA has majority. The Lower House passed the bill 334-106 after a fierce day-long debate on Monday.