The counsel of accused informed that court asked it is not clear from the video whose hit from the mob caused Tabrez Ansari's death. 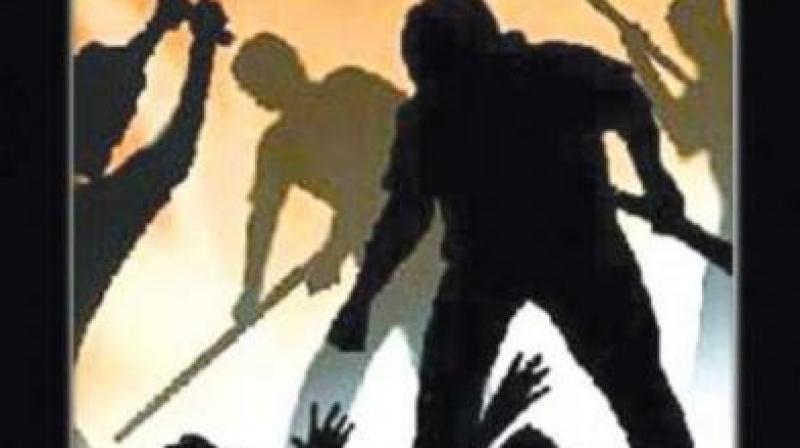 The mob lynching incident happened on June 17, 2019 and a video went viral showing Tabrez Ansari tied to a pole as people thrashed the man in Dhatkidih village. (Photo: File | Representational)

The counsel of accused informed that court asked it is not clear from the video whose hit from the mob caused Tabrez Ansari's death.

The mob lynching incident happened on June 17, 2019 and a video went viral showing Tabrez Ansari tied to a pole as people thrashed the man in Dhatkidih village.

Thirteen accused were arrested and booked under Section 302 of IPC but later the police changed the Section to 304.

The police drew flak and after much outrage Section 302 was again reinstated against the 13 accused. The press release issued by the police department admits that the points opined in postmortem report of Tabrez Ansari has led them to reimpose Section 302 against the accused.

A supplementary chargesheet was filed under Section 302.

The authenticity of the viral video has also been found to be correct. No tampering was found in the video and there was no question on the integrity of the visuals in the video.

Tabrez Ansari's death was not a mere cardiac arrest. He had a grievous injury on his skull. His heart chambers were filled with blood.

His body organs were pale and the combined effect of all these lead to the cardiac arrest.

The police had drawn flak and had to face protest with a round of criticism from opposition.

The Opposition had also taked a jibe at Prime Minister Narendra Modi.

Chief secretary DK Tiwari, in an exclusive interview to India Today on September 13, asserted that investigation will be on the basis of postmortem report by team of five doctors.

A press release that was issued around that time also had stated that charges against the accused were dropped because the police filed its initial chargesheet considering the initial postmortem report which was not clear in itself and cited the cause of death as mere cardiac arrest.

The counsel of the accused Subodh Hazra in Saraikela had confidently insisted on September 17 that no case against their clients will stand under Section 302. The FIR does not exhibit any material evidence against their clients. Even the date and timing of the occurrence was not clear in the FIR.

Justice Rongon Mukhopadhyay granted bail to the six accused on Tuesday. The accused counsel informed that the court observation was that it was not clear whose hit from the mob and among 13 accused lead to the death of Tabrez Ansari.

Six accused out of 13 had moved a bail petition in Jharkhand High Court.