India   All India  11 Dec 2018  ‘Sanctions against Iran have failed to fructify for world powers’
India, All India

‘Sanctions against Iran have failed to fructify for world powers’

Iran’s foreign policy has been to support the cause of the oppressed. Kashmiris are victims. 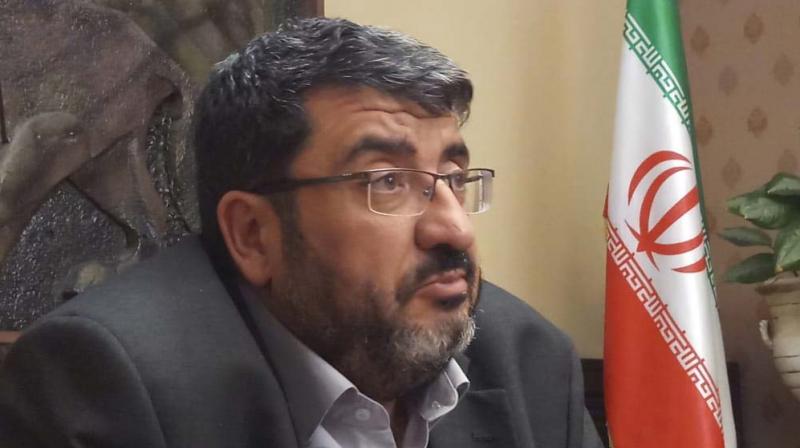 Professor Foad Izadi teaches International Relations at the prestigious Tehran University. As Iran struggles to straighten its side of the story before the world in the midst of US sanctions, and with doubts cast on its nuclear programme, foreign minister Javad Zarif, for their expertise in the field, consults people like Prof Izadi. He answers some of the questions posed by Mohammed Anas of the Asian Age during an interaction at Tehran University. Excerpts:

How will you describe Iran to outsiders today, especially after the recent and ongoing Western (media) onslaught to soil the image of the country?

Iran is an ancient country, one of the oldest in the world. It has a rich history. People here are resilient towards outside pressures, which they have faced over the years. They can't submit to these unjust pressures that they are receiving. Iran experienced the Revolution in 1979. The reason for the Revolution was the resilience of the people. They can't tolerate a corrupt and brutal regime. This mentality of resistance in the people has continued upto today. Perhaps the history, culture and religion of the country have helped shape this mentality.

Sanctions have made life difficult for both ordinary people and the Iranian government. The types of sanctions the US has imposed on Iran are designed to cripple ordinary Iranians. The US thinks that once beset with daily problems, Iranian people will revolt against their government. But I would like you to understand the other side of the impact of these curbs on Iran. Designed to damage Iran, these sanctions have helped to improve their quality of life, and build our own resilient economy. In the last 40 years (since the 1979 Revolution), Iran's prospects in the Human Development Index have risen. Life expectancy of an average Iranian has crossed to 70 from 60. Thus, practically, the sanctions against Iran have failed to fructify for world powers, especially the US.

This time, the US government has violated a UN resolution (by walking out of the 2015 nuclear deal with Iran and reimposing sanctions). This time, these sanctions will fail on their own as Iran has friends in the world. Iran has friends in its neighbourhood like India and these friends will assist Iran in passing through this phase. In addition, since the US has violated international law by breaching the nuclear deal and imposing fresh curbs, it'll show to the world Iran in a positive light and will help it in the long run.

During our stay in Tehran for five days, we noticed a very vibrant Iran, a very vibrant society. There was hardly any evidence, barring few stories of people complaining about recession in the market, of a nation feeling crippled by sanctions. What exactly  is the secret of Iranians' resilience?

Iranians like other people (Indians) are politically aware. They understand world politics. It helps them to cope with and solve some riddles. When Hassan Rouhani came into office, he knew he had to solve some problems with the world powers and make some concessions in policies. When Iran signed the 2015 nuclear deal with P5+1 powers, Iran's nuclear programme more or less came to a halt. But that time, Iran had around 19,000 nuclear centrifuges. Almost two thirds of them were taken out. Iran had a nuclear reactor in Arak. It was destroyed by filling it with concrete. All these concessions notwithstanding, Iran didn't get much in return and Iranians came to realise this and saw it as an injustice to them. As I mentioned earlier, Iranians are proud people and can't be pushed around by someone like US President Donald Trump. They put up resistance. The more rhetorical the Trump administration will become towards Iran, Iranians will become more resilient towards the US and other bullying powers.

Outside Iran, consider it to be the case in India too, people believe Iran to be a society dominated by religious people. It is true too. How will you explain freedoms enjoyed by common Iranians under an Islamist regime?

There is a misconception peddled by the Western media that Islam opposes personal freedom. It is incorrect. What Islam opposes are activities that are harmful to individuals and society. Freedom is actually a noble cause. By being religious, you free yourself from pressures non-religious people suffer from. Recently, we have seen people and groups who use the name of Islam in their nomenclature, but they are violent towards their fellow human beings, like the Taliban and ISIS (Daesh). These groups functioning in the name of Islam are deviations from the original faith. All such groups are actually created and used by certain West Asian and Western governments to sow chaos in the Gulf region. Saudi Arabia, Israel and the US are among those devilish governments.

Iran is a Shia-dominated Islamic state. It is deeply entrenched in regional conflicts (Syria, Yemen, Iraq) and the binary of the Shia-Sunnis gulf has entered the political discourse. How will you explain Iran's positions vis-a-vis these conflicts with Sunni Muslims across the world?

For the last 40 years, Iran's policy has been to support the cause of the oppressed. This is part and parcel of the Iranian Constitution. Iran supports the cause of Palestinians who are totally Sunnis. Iran's foreign policy has been to support organisations (regardless whether they are Shia or Sunnis) that are fighting against the colonial ambitions of the US and Israel in West Asia.

The Syrian conflict has cost Iran a lot of money and blood. First of all, Iran entered this conflict at the request of the Syrian government. Second, Iran realises that if Damascus is left alone, it will fall to terrorist groups like Daesh. Third, Iran wanted to stop installation of any puppet government of the US and Israel in Damascus. Iran knows that Bashar Al-Assad's government is a democratic one but Iran fears the consequences of its fall and the arrival of violent alternatives that have staged the most gruesome episodes of civilian massacres in the region. Then, Iran also calculated that if Damascus falls to these groups, Baghdad would not be very far away from their clutches and then eventually Iran will be their next stop. Once, they even came close to 40 km away from Iran's border. The Syrian conflict is actually a very complex one to explain simplistically. From Iran's point of view, one may argue that whichever the next government that should come in Damascus, it must be through the will of Syrians and Arabs and not what the West or the US desires.

In Yemen, Iran made an entry when the Saudis had already spilled enough blood of the poor Yemenis. They were thoroughly into Yemen, with weapons, money, propaganda. The US was surprisingly providing intelligence and logistics to Saudis. This continues to this day.

On Iraq, it was occupied by the US and then civil war broke out. Since Iran sits next door, it could not act blind. Over all these years, Iranian policy has been to ensure that Iraq doesn't become a base for US and Israeli ambitions in West Asia. Iran has maintained good relations with the Iraqi government and people through trade, pilgrimage, etc so as to keep Iraq free of outside influence.

But yes, Iran's hands are not free of the blood of innocents. Since it has taken part in complex civil wars, it has been responsible for the deaths of innocents as well.

How do you see India-Iran relations taking shape in the future. What other avenues apart from existing ones can both the countries explore to cement an already existing friendship?

Iran-India relations are very crucial to both India and Iran. The cooperation between the two countries has been increasing in recent years. The joint development of Chabahar seaport is living testimony to cementing a partnership between both the countries. Officials in both the countries think that these relations should go beyond trade and morph into a regional alliance. Iran's relations with Pakistan are good (though not as good as with India) as well. In case of heightened tension between India and Pakistan, Iran might also mediate between the two countries.

A few years back, the supreme leader of Iran, Ayatollah Ali Khamenei, had remarked that "Kashmiris are fighting a colonial power in Kashmir and that Muslims must back Kashmiris' struggle." Iran has also offered to mediate between India and Pakistan to help solve the crisis. What do you say about the Kashmir conflict now and Iran's position on it?

What Ayatollah Khameni said was in the backdrop of difficulties faced by Kashmiris on a daily basis. As I said that a key aspect of Iran's foreign policy has been to support the cause of the oppressed. Regardless of the mistakes some Kashmiri organisations have made, Kashmiris are victims. We don't want India's image to be portrayed like that of Israel, which has occupied Palestine and oppresses Palestinians on a daily basis. India is a sovereign country and it's not a good idea to poke one's nose into the affairs of a sovereign country. But what people in Iran hope is that a solution in Kashmir is agreed upon and that it should be acceptable to Kashmiris and the parties involved.