In MP, Congress was surging ahead on 112 seats, while BJP was maintaining lead on 108 seats. 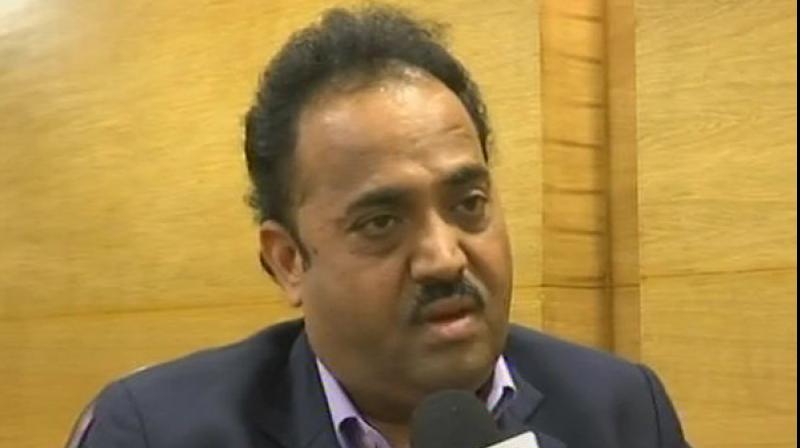 Kakade said, 'I knew we would lose in Rajasthan and Chhattisgarh but MP trends have come as a surprise to me.' (Photo: ANI)

Jaipur: BJP MP Sanjay Kakade on Tuesday said the electoral setback suffered by the party in Madhya Pradesh was because the main issue of development were ignored and subjects like Ram Mandir, building statues became the focus.

Speaking to ANI, Kakade said, "I knew we would lose in Rajasthan and Chhattisgarh but MP trends have come as a surprise to me. I think we forgot the issue of development that Prime Minister Narendra Modi took up in 2014. Ram Mandir, statues and changing names of cities became the focus," he said.

According to latest trends available, the ruling BJP was leading at 13 seats while the Congress was leading at 62 seats in Chhattisgarh where 90 seats are at stake.

In Madhya Pradesh, the Congress was surging ahead on 112 seats, while the BJP was maintaining the lead on 108 seats. The total seats in Madhya Pradesh are 100.

Similarly, in Rajasthan, the Congress was leading on 103 seats, while the BJP on 68 seats. In Telangana, the TRS was almost close to sweeping the Assembly poll, while in Mizoram, the Mizo National Front was all set to form the government.