Uttar Pradesh police has arrested eight local boys for molesting and beating tourists. All the 11 tourists were natives of France. 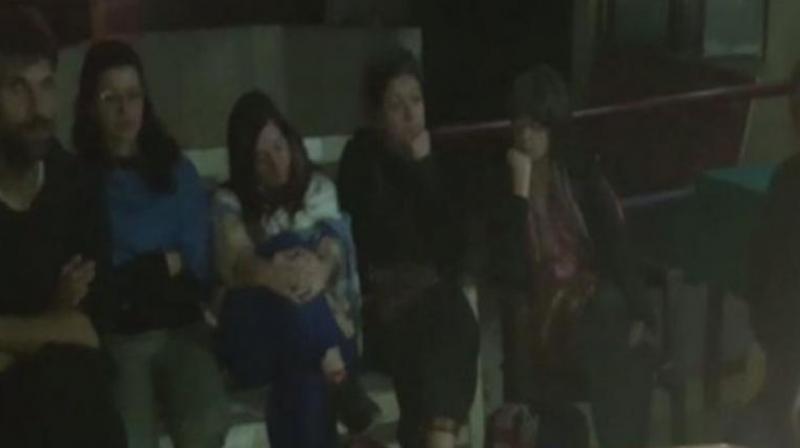 The injured tourists were shifted to the Mirzapur hospital for further treatment. (Photo: ANI | Twitter)

Mirzapur: Eight persons were on Monday arrested for allegedly beating up and molesting a woman from Varanasi and leaving a French national injured when he tried to intervene.

Uttar Pradesh Police maintained that no attack was made on the French national.

The woman along with a group of French tourists and her relatives were visiting the Lakhania Dari Waterfall here when the incident took place.

A police spokesperson said, "No attack was made on any French national, but French national sustained injuries as he tried to intervene in an altercation between two groups of Indians."

The French national sustained injuries on his hand, police said.

He said the woman, a resident of Varanasi, was molested by some persons and was also beaten up.

"The vehicle by which she had come here carried about half a dozen French tourists," he said.

The woman later filed a complaint with the police, based on which the eight persons were arrested, the official added.

The spokesperson said that on Sunday, the woman in her police complaint had alleged that nearly a dozen persons molested her and beat her.

She said her relatives too were beaten up by the men.